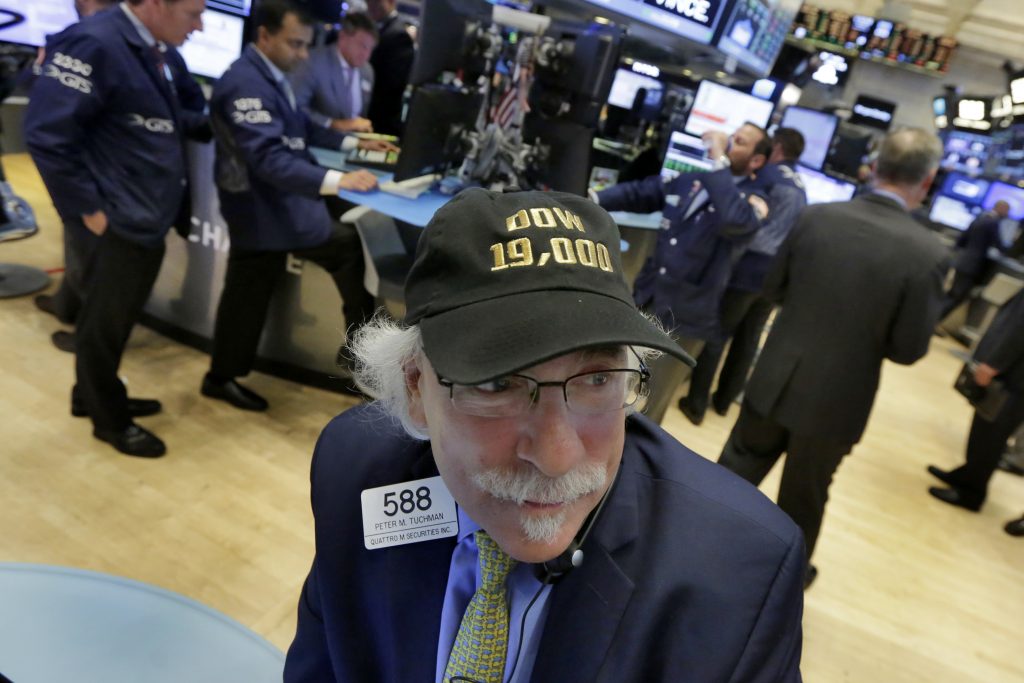 U.S. stocks are rising, putting major indexes on track to close at record highs, as energy companies climb with the price of oil. Investors are hoping that OPEC countries will soon be able to finalize a deal that would cut oil production and help support prices. Meat producer Tyson Foods is tumbling after it reported weak fourth-quarter results.

OPEC nations will meet in Vienna on Nov. 30. They have agreed to preliminary terms of a deal that will reduce the production of oil slightly, but the details remain to be determined.

NOT SO APPETIZING: Meat producer Tyson Foods tumbled $9.31, or 13.8 percent, to $58.05. The company’s fourth-quarter profit and sales fell far short of Wall Street’s forecasts as Tyson’s chicken business struggled. The company also said CEO Donnie Smith will step down at the end of this year, and company president Tom Hayes will replace him.

OIL DEAL: Sunoco Logistics agreed to buy Energy Transfer Partners in an all-stock deal. The two companies are involved in the Dakota Access Pipeline project. A portion of that pipeline would pump oil under Lake Oahe, a Missouri River reservoir in North Dakota, and the local Standing Rock Sioux tribe and others are protesting the pipeline, saying they fear a leak could contaminate the drinking water on its reservation. They also say it could disturb sacred sites.

ORACLE SEES A DEAL: Business software maker Oracle said it will buy Dyn, a company that helps route internet traffic to its destination. A month ago Dyn was at the center of a huge cyberattack that temporarily stopped some American and European internet users from accessing a number of popular websites. The company said its server infrastructure was hit by distributed denial-of-service, or DDoS, attacks. Oracle’s stock remained at $39.86.

LOGGING ON: Technology stocks also made substantial gains. They have lagged the market since the election after very strong performance over the summer. Facebook rose $3.99, or 3.4 percent, to $121.01 while online payments company PayPal advanced 52 cents, or 1.3 percent, to $40.60 and Alphabet, the corporate parent of Google, picked up $9.20, or 1.2 percent, to reach $785.15.

BONDS: Bond prices rose. The yield on the 10-year Treasury note slipped to 2.32 percent from 2.35 percent. Utilities traded higher. Those stocks tend to do better when bond yields are down.