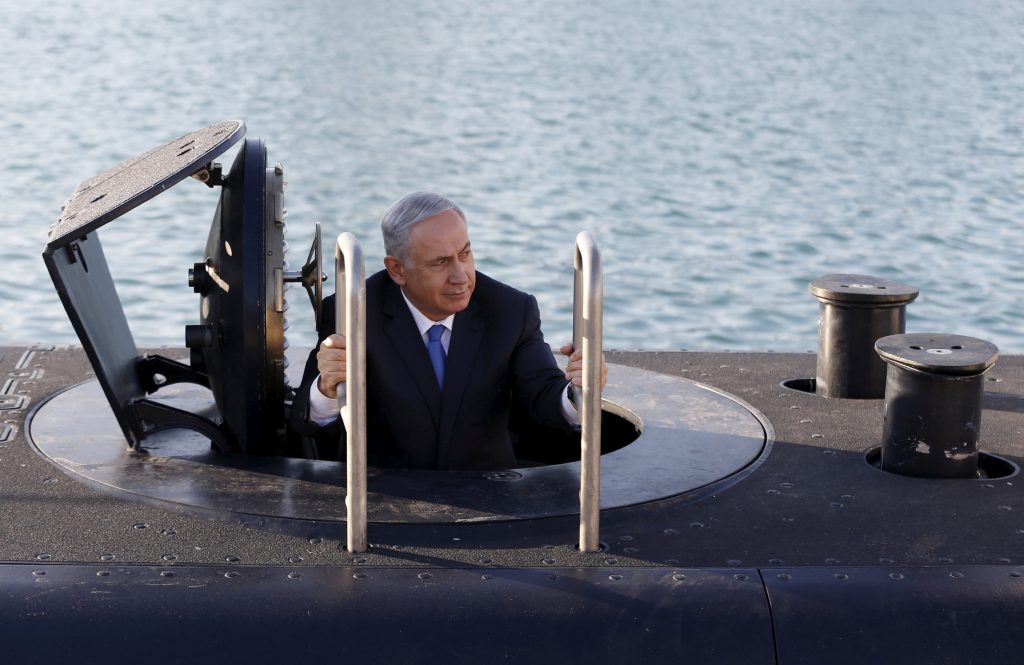 Despite strident demands from the opposition parties for a criminal investigation into charges of conflict of interest in the acquisition of submarines from Germany, Israeli Prime Minister Binyamin Netanyahu appeared confident on Monday that nothing would come of the matter.

A broadly smiling Netanyahu told a Likud faction meeting on Monday that the latest attempt to bring down his government with accusations of wrongdoing were doomed to fail.

Netanyahu advised his critics that instead of making false allegations to remove him from office, they should take their case to the public in elections.

“I say to my friends in the opposition: ‘you want to convince the public? Then present your opinion, we will present ours, and the public will decide,’” he said.

Meanwhile, a preliminary investigation being conducted by the Attorney General’s office has so far vindicated Netanyahu and his personal lawyer David Shimron, who was accused of seeking personal gain in arranging for purchase of the submarines for the Israeli navy.

According to a report on Monday in The Jerusalem Post, Attorney-General Avichai Mandelblit has told a meeting of top Justice Ministry officials that Netanyahu will not face a police investigation into his role in the submarine deal.

However, Mandelblit agreed with State Attorney Shai Nitzan to continue the probe into whether Shimron violated conflict of interest rules by representing Miki Ganor, the German firm ThyssenKrupp’s representative in Israel.

Shimron reportedly underwent a polygraph test which confirmed that he was telling the truth when he said he did not speak to the prime minister about the submarines deal, and that he did not profit from it, receiving only a retainer of a few thousand dollars from Ganor.

Zionist Camp head Isaac Herzog on Monday called on the attorney general, state comptroller, and Knesset to investigate the allegations.

“There is no alternative to exposing the entire case to daylight,” said Herzog, adding that “the person who is afraid of daylight is Bibi Netanyahu.”

Yesh Atid leader Yair Lapid also doubled down on his call for a “thorough investigation” into the allegations. “I have seen, for three days already, efforts to… make the submarines affair disappear,” he said at the start of the weekly faction meeting. “It won’t work.”

“Those who could not defeat Netanyahu at the ballot box are looking for all kinds of other ways to beat him, but they will not succeed,” said Elkin.

Elkin, who was a member of the security cabinet and former head of the Knesset Foreign Affairs and Defense Committee, backed up Netanyahu’s claim that his decision to obtain the vessels was based strictly on national security considerations.

Jewish Home chairman Naftali Bennett, who has been a thorn in Netanyahu’s side on other issues, supported him on this one: “About the submarines. Prime Minister Netanyahu is not corrupt. He would never sell out Israel’s security for money,” he posted.