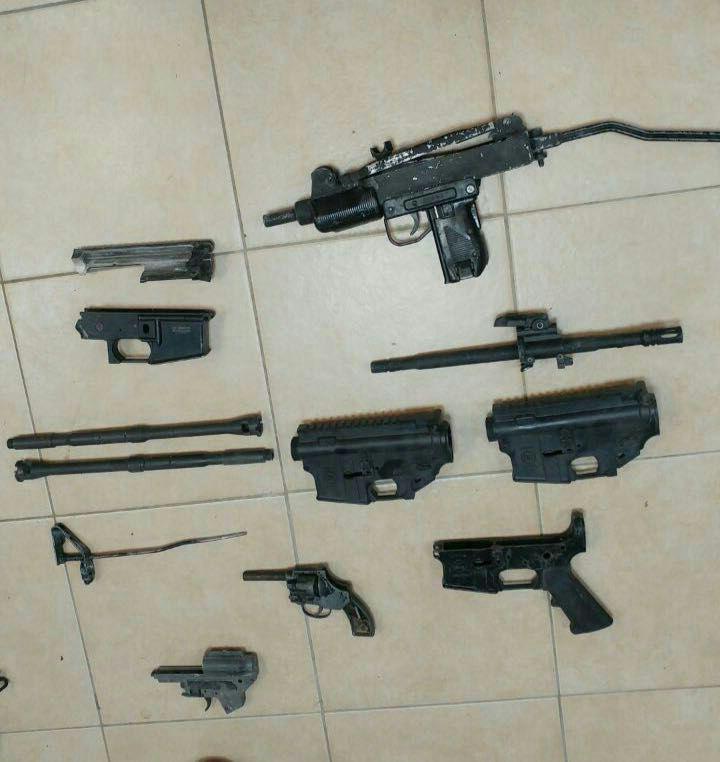 IDF soldiers raided several villages in Yehudah and Shomron overnight Sunday, seizing weapons, weapon manufacturing equipment, and cash. In the Shomron village of Rantis, soldiers raided a weapons factory where parts were being assembled for weapons. Also seized were materials inciting against Israeli civilians and soldiers, as well as cash that was to be used to fund terror activities.

Soldiers also raided a weapons workshop in the Menasheh region of northern Shomron. Components for tens of thousands of weapons, some manufactured on site and some brought in from other places, were seized.

Overnight Sunday, security officials said they arrested nine wanted security suspects in other areas across Yehudah and Shomron. The suspects were wanted for participating in rioting and throwing stones and firebombs that endangered Israeli civilians and IDF soldiers. Several of the suspects were also charged with belonging to Hamas. All were being questioned on their activities by security forces.