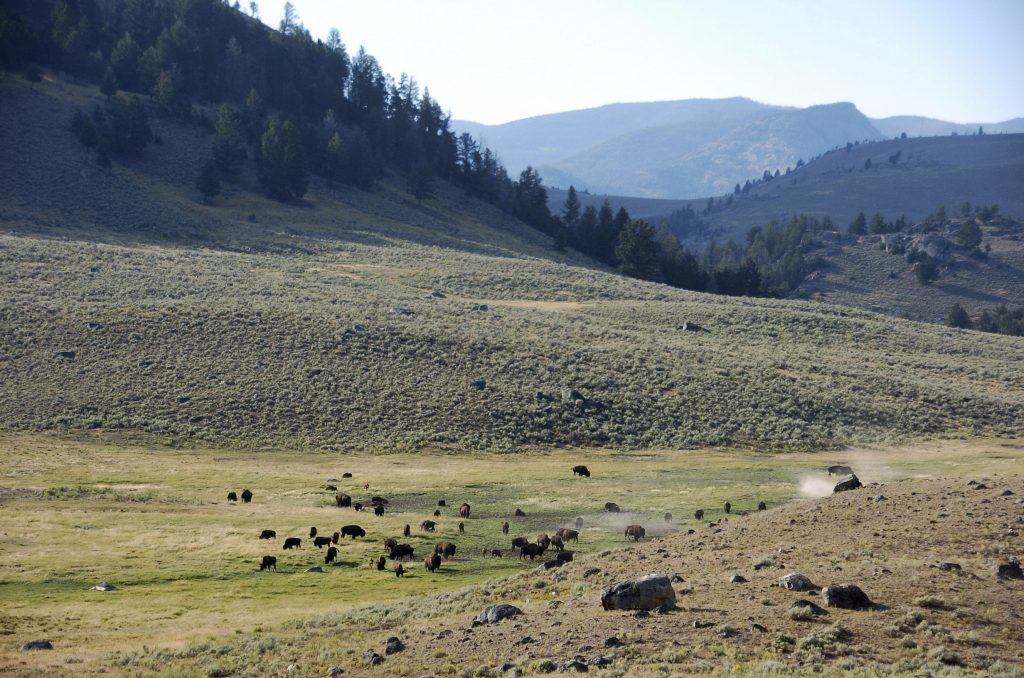 U.S. officials plan to block new mining claims outside Yellowstone National Park as the Obama administration races in its last days to keep industry out of pristine and environmentally sensitive areas.

Mining claims on 30,000 acres north of the nation’s first national park would be prohibited for at least two years while a long-term ban is considered.

Details were obtained by The Associated Press in advance of Monday’s formal announcement by Interior Secretary Sally Jewell.

Republicans and industry representatives have criticized the administration’s 11th-hour actions to limit development and promised to seek their reversal once Obama leaves office.

The opponents argue that mining would industrialize wild areas populated by grizzly bears, bighorn sheep and other wildlife; harm streams that drain into the Yellowstone River; and dampen tourism, which is a mainstay of the region’s economy.

The two-year prohibition would not explicitly block the two pending mining proposals, both of which involve private lands. However, officials said it could make large-scale mining more difficult if the projects were expanded onto public lands.

Recreation and other activities still would be allowed in the area.

“There are good places to mine for gold, but the doorstep of Yellowstone National Park is not one of them,” Jewell said in prepared remarks.

A Canadian company, Lucky Minerals, has applied to the Montana Department of Environmental Quality to explore for gold and other minerals north of Yellowstone near Emigrant, Montana. A second company, Spokane, Washington-based Crevice Mining Group, is seeking permission to explore for gold near Jardine, just over Yellowstone’s northern boundary.

Both exploration sites have a history of mining. However, in recent decades they’ve become more closely associated with the natural amenities of Yellowstone and the surrounding Absaroka-Beartooth Wilderness.

Lucky Mineral’s Shaun Dykes said the Interior Department appeared to be bowing to the wishes of environmentalists at the expense of economic development that could benefit the local economy. Michael Werner, a mining engineer with Crevice Mining Group, said he wouldn’t know how the agency’s action would impact the company’s exploration plans until more details were revealed.

At the urging of business owners and sporting groups in Montana’s Paradise Valley, Tester last month called on the administration to start the process of withdrawing 31,500 acres from mining by the end of the year.