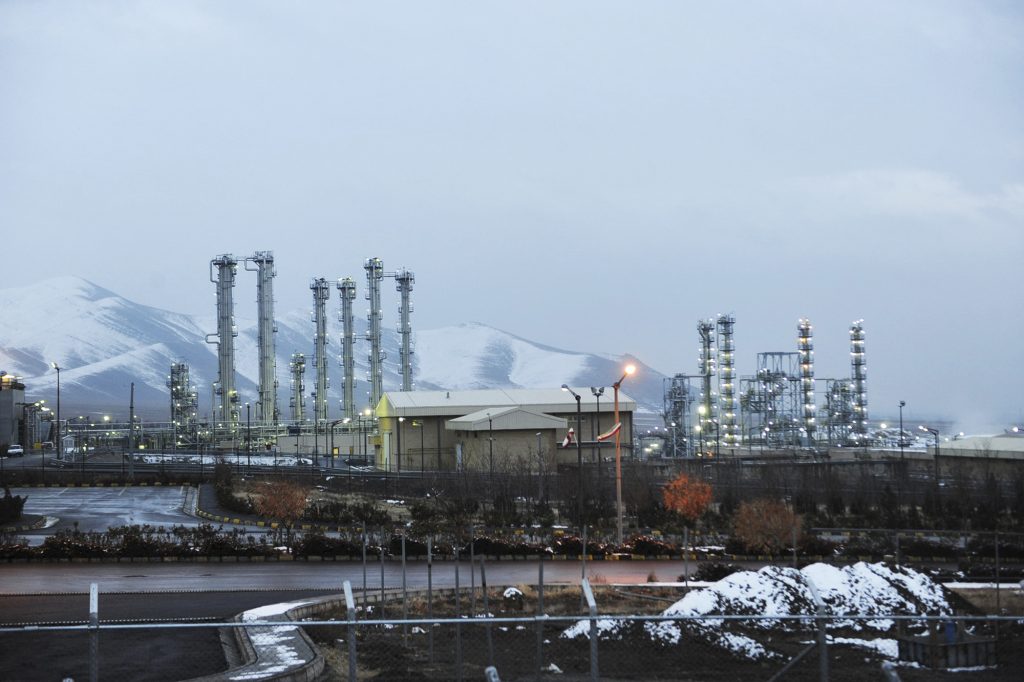 Iran has begun to export excess quantities of a material that could be used in the process to make atomic arms as it moves to end a small but significant violation of a landmark nuclear deal, two diplomats told The Associated Press on Monday.

At issue is heavy water, which is used to cool reactors that can produce substantial amounts of plutonium. That, in turn, can be applied to making the fissile core of nuclear warheads. A recent report from the U.N.’s International Atomic Energy Agency said that Tehran had more heavy water in storage than called for by the agreement between it and six world powers.

While the overhang was slight — 220 pounds over the allotted 130 metric tons — it is the second time that Iran had exceeded its limit since the deal came into effect in January. U.S. diplomats have criticized the violation and with the incoming U.S. administration warning it could try to overturn the deal, Iran’s repeated breach of its commitment is adding concerns about its durability.

Iran has recently pledged to ship out five tons of the material to return to compliance, and the two diplomats said it had begun to do so over the past few days. They said the shipments were going to Oman, an Iranian ally.

The two diplomats are familiar with the issue but demanded anonymity because they weren’t authorized to comment on what are confidential developments.

In February, a month after the deal went into effect, the agency noted for the first time that Iran had exceeded its allotted limit of heavy water. The amount was greater in that case and some of the excess was exported to the U.S. under an arrangement criticized by U.S. congressional opponents as facilitating Iranian violations of the deal.