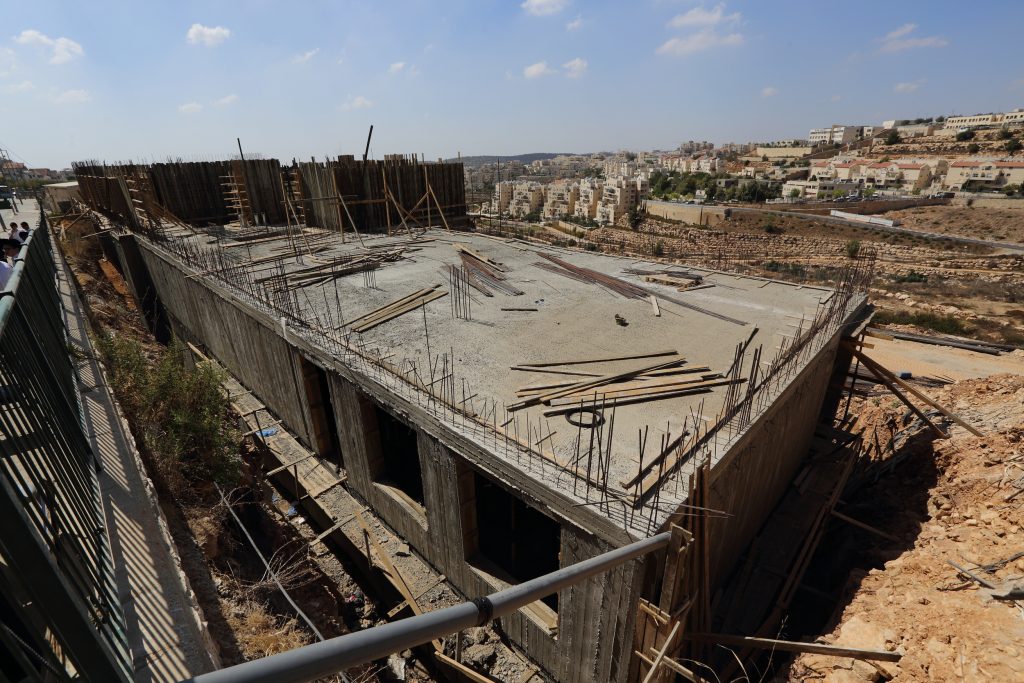 As predicted, the decision by the High Court to affirm the demolition of homes at Amona is already having consequences that are reverberating around the country. In an interview with Kol Beramah Monday, Rabbi Meir Rubinstein, the mayor of Beitar Ilit, said that dozens of houses in his town faced the same dilemma that residents of Amona did.

“There is a whole neighborhood in town that is undergoing a judicial process based on claims by Arabs that they own the land,” Rabbi Rubinstein. “We hope that we will not face the same situation as in Amona.”

According to Israeli law, the mere claim of a dispute is sufficient to require demolition of homes built by Jews, even if no evidence is presented. Once the homes are demolished, the process of clarifying to whom the land actually belongs can begin. The Settlements Arrangement Law that passed on its first reading will, it is hoped, prevent future cases like Amona from cropping up. The law proposed by Jewish Home would replace the land claimed by Palestinians with state land of an equal or greater value that is not in dispute.

Similarly, the law will affect Arabs who have built homes illegally on Jewish-owned or state land. Last week, Yerushalayim Mayor Nir Barkat instructed the legal adviser to the municipality to begin proceedings for the demolition of 14 illegally built structures, which are occupied by four extended families in the Beit Hanina neighborhood of the city. The buildings are located on land belonging to the Official Receiver of the State, an office that administers property on behalf of absentee owners. The city has in the past sought authorization to demolish the buildings, but the courts have stayed their verdict. Now, in the wake of the authoritative verdict on the matter provided in the Amona case, the municipality is arguing that there is no longer any justification for delaying the demolition.

In a statement, the Yerushalayim municipality said that “Mayor Barkat has asked State Attorney Mandelblit to assess the implications of the Amona decision on the city. There are many cases in Yerushalayim that are identical to the situation in Amona, where Arabs have built homes on privately owned or municipal land and have lived there for decades. Obviously we cannot have a situation where there is one law for Arabs and another for Jews.”