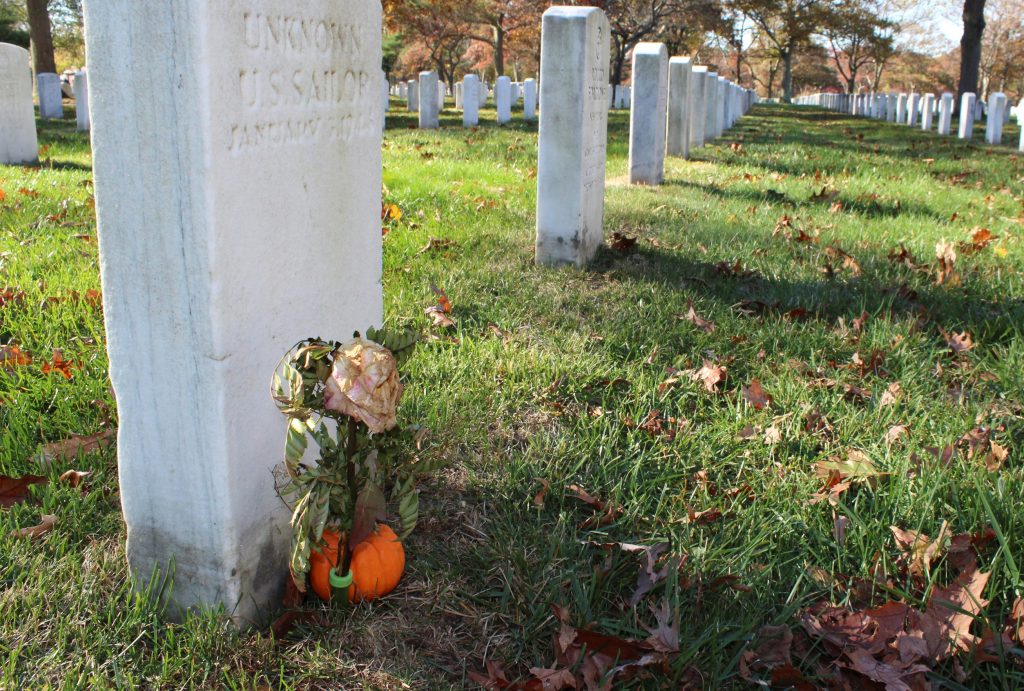 It’s a confounding mystery of World War II: What happened to the 136 missing sailors from the explosion and sinking of the USS Turner?

After all, the ship did not go down in battle or even in the open sea, but while anchored near New York Harbor in 1944, so close to the city that shockwaves from the onboard munitions blasts shattered windows in some buildings.

Now, newly discovered documents show that the remains of four of the missing sailors were indeed found and buried not long after the disaster in separate graves for unknowns in a Long Island veterans’ cemetery.

And the researcher who found the documents suspects many more remains could have been found and buried along with them in those same simple gravesites, marked only with the words “Unknown U.S. Sailor” and “January 3, 1944,” the day the destroyer sank.

“Just don’t throw them in the ground and forget about them,” said military historian Ted Darcy, who is turning over his findings to the Pentagon. “These guys have been neglected by our government. It’s not fair, especially to their families.”

Darcy’s hope is that the military will exhume the four gravesites, identify the remains and rebury them with a proper memorial.

The Pentagon still officially lists 136 Turner sailors as missing. The Defense POW/MIA Accounting Agency, the federal office responsible for recovering and identifying the nation’s missing war dead, did not respond to repeated requests from The Associated Press about Darcy’s findings.

The Turner, a 10-month-old destroyer returning from convoy duty in the Atlantic, was anchored a few miles off Sandy Hook, New Jersey, when an explosion erupted below deck, setting much of the ship ablaze. More explosions followed, the last breaking the ship in two.

While no cause of the initial blast was ever determined, a Navy report mentioned that anti-submarine munitions were being defused around the time.

More than 150 men were rescued, but 136 others went down with the ship, according to Darcy’s research. He said the Navy’s National Archives file on the yearlong salvage operation contains no information, including how many sets of remains were eventually recovered from the 55 feet of water where the ship sank. Darcy contends many of the bodies would have likely been intact on the ship in compartments sealed with watertight doors.

According to 1944 interment records for the Long Island veterans’ cemetery in Farmingdale, the remains of four Turner sailors were buried in individual graves within a year of the disaster.

But Darcy, a retired Marine from Locust Grove, Virginia, believes all or most of the remains were found and comingled in the four graves. “I went to the Navy and they said, ‘Hey, we don’t know how many are in there,’” he said.

Darcy said comingling of unidentified remains was a fairly common practice, particularly when the Navy was overburdened at the height of World War II. The Long Island cemetery has multiple graves containing the remains of more than one WWII serviceman, while the remains of 388 USS Oklahoma crewmembers disinterred in 2015 for identification were buried in 45 mass graves in Hawaii.

Another WWII MIA expert, Mark Noah, founder of Florida-based History Flight, said he “wouldn’t doubt it at all’ if Turner graves contained the remains of multiple sailors. “Skeletal remains can pack out a full coffin with more than a dozen people,” he said.

Loved ones from the Turner disaster were initially told only that their sailor was missing. If remains had been found and buried, they were never informed.

“Oh, my goodness. I would’ve liked to have known that,” 82-year-old Marjorie Avery, of Corsicana, Texas, told the AP by phone. Her father, Henry S. Wygant, Jr., was the Turner’s captain and still officially listed as missing.

Several relatives of now-deceased Turner sailors who survived the disaster told the AP their loved ones also were never told about the graves. Two of the last Turner survivors still living — James Thomas, of Leivasy, West Virginia, and Robert Mowry, of Irwin, Pennsylvania — also said they didn’t know.

More than 70 years later, their memories of the disaster remain clear yet tinged with stoicism typical of so many WWII veterans.

“It’s just one of those things that happen in a war,” said Mowry, 91. “It was just us at the wrong place at the wrong time, that’s all.”