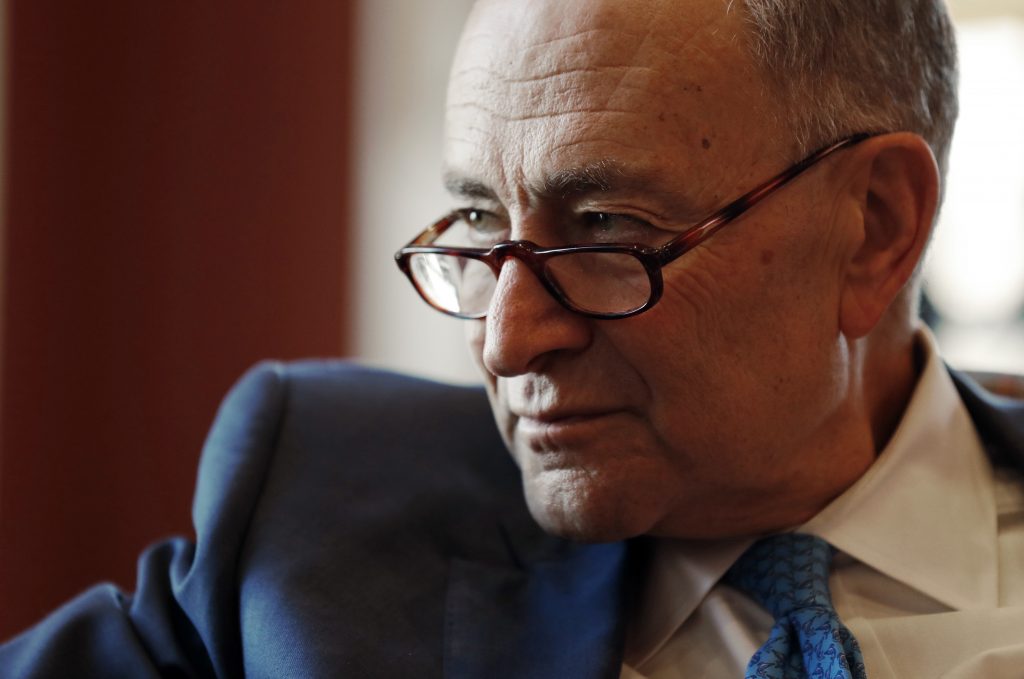 Incoming Senate Minority Leader Chuck Schumer (D-NY), drawing a line in the sand for the next administration, said he has the votes to stop President-elect Donald Trump from repealing the Dodd-Frank Act and “the rules we put in place to limit Wall Street.”

Schumer predicted that the Senate’s Democratic minority would get help from Republicans in any such fight. “We have 60 votes to block him,” Schumer said in an interview on NBC’s “Meet the Press.”

As a candidate, Trump said he would scrap Dodd-Frank, Congress’s attempt to legislate new rules that would prevent a repeat of the 2008 financial crisis. Following Trump’s victory on Nov. 8, his transition team said it will be “working to dismantle the Dodd-Frank Act and replace it with new policies to encourage economic growth and job creation.”

Schumer similarly predicted Trump would face defeat if he tried to repeal the Affordable Care Act, President Barack Obama’s signature health-care measure. But he expressed support for “dramatic change” in trade laws and for closing loopholes in the tax code, ambitions that may align with Trump’s.

“When we oppose Trump on values or this presidency takes a dark, divisive turn, we’re going to do it tooth and nail,” Schumer said in another interview on Sunday.

Democrats chose Schumer to serve as minority leader in the Congress that begins in January, succeeding Harry Reid of Nevada, who is retiring after five terms.

Schumer told Fox News, in an interview taped on Friday that played Sunday, that he and Trump had spoken twice since the election, including once about the possibility of “a major infrastructure bill.”

Trump on Sunday morning tweeted “I have always had a good relationship with Chuck Schumer. He is far smarter than Harry R and has the ability to get things done.”