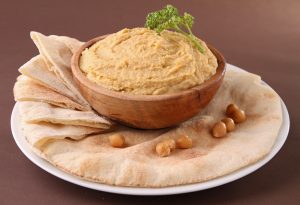 The North American operation of Strauss Foods has conducted a voluntary recall of hummus products that were identified as containing listeria poisoning. Listeria monocytogenes, the the bacterium that causes listeriosis, was found in raw hummus at the company’s manufacturing facility, but has not been found in finished products that were shipped to markets. The company said that it was working with relevant authorities in the U.S. on the recall.

A year-and-a-half ago, Strauss recalled 30,000 cases of Sabra hummus in its North American operation over listeria poisoning concerns. During that quarter, sales had been up 7 percent, but due to the recall, profits sank 41 percent, and sales dipped to half of what they had been before the recall.

Sabra Dipping, the manufacturer of the hummus, is a joint operation between Strauss North America and Pepsico, and holds 60 percent of the hummus market in the United States.

Listeria is sometimes found in agricultural products that have been contaminated by manure. It is more often found in animal products, but is sometimes the result of soil where manure was used as fertilizer.