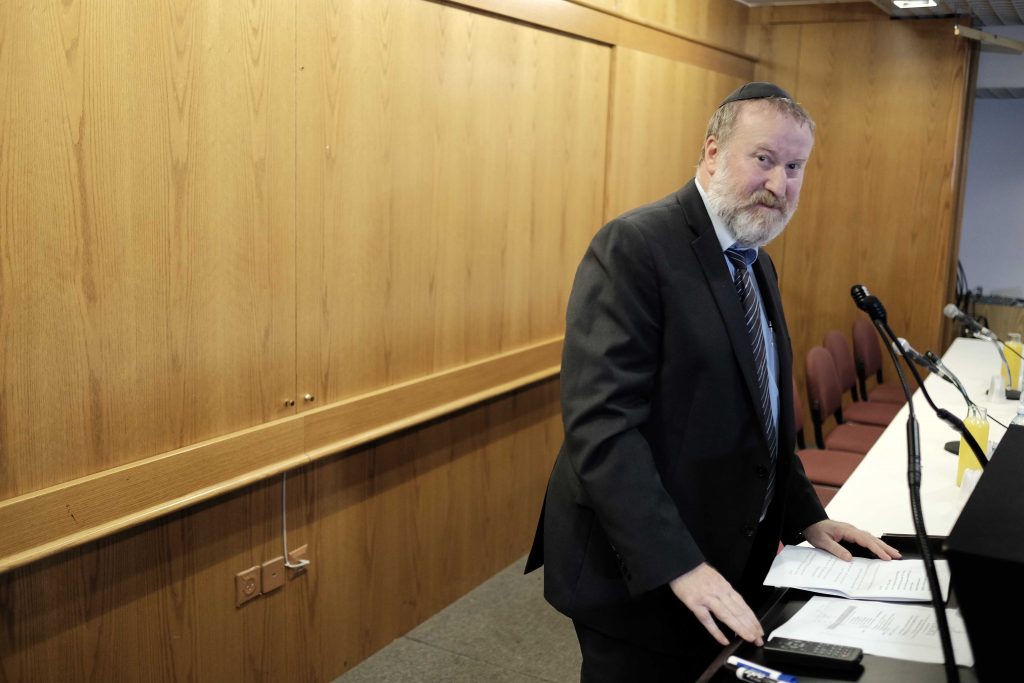 Attorney General Avichai Mandelblit has moved forward cautiously in response to calls for an investigation into allegations of conflict of interest in the purchase of German-made submarines for the Israeli Navy.

Israeli Prime Minister Binyamin Netanyahu’s lawyer David Shimron has been accused in the Israeli media of seeking personal gain by securing contracts for a company he represents. Both Netanyahu and Shimron have denied any wrongdoing, and maintained that the purchases of the Dolphin-class submarines were made solely in the interest of national defense.

Mandelblit ordered a preliminary examination of the relevant documents prior to making a decision whether to initiate an official investigation. He also instructed his staff to clarify the law defining official procedures designed to avoid a conflict of interest in such matters.

Since the report was aired, Israeli journalists have been complaining that the Justice Ministry has failed to provide information about the law regarding conflicts of interests and what procedures, if any, have been established in the government to guard against them.