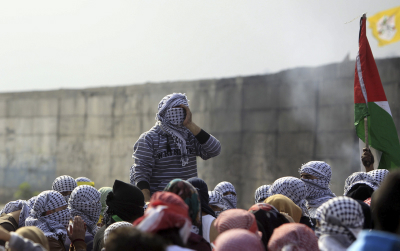 The Palestinian Authority on Sunday condemned the IDF’s entry into Al-Quds University in the Yerushalayim-area Arab village of Abu Dis. According to the PA, IDF troops entered one of the faculty departments and seized materials related to an exhibition that was to be sponsored by Hamas. The troops confiscated equipment that the university claimed belonged to it as well that was to be used in the exhibition.

In addition, Hamas said that Israel had arrested several students associated with the exhibition. Hamas accused the PA of informing the IDF about the event, providing Israel with the date and location of the event and the presence of the materials. The IDF had no comment on the matter. Al-Quds University is considered a hotbed of anti-Israel incitement, and has produced numerous terrorist stabbers and shooters who have attacked Israeli soldiers and civilians over the years.

Overnight Motzoei Shabbos, security officials said they arrested four wanted security suspects across Yehudah and Shomron. The suspects were wanted for participating in rioting and throwing stones and firebombs that endangered Israeli civilians and IDF soldiers. Several of the suspects were also charged with belonging to Hamas. All were being questioned on their activities by security forces.