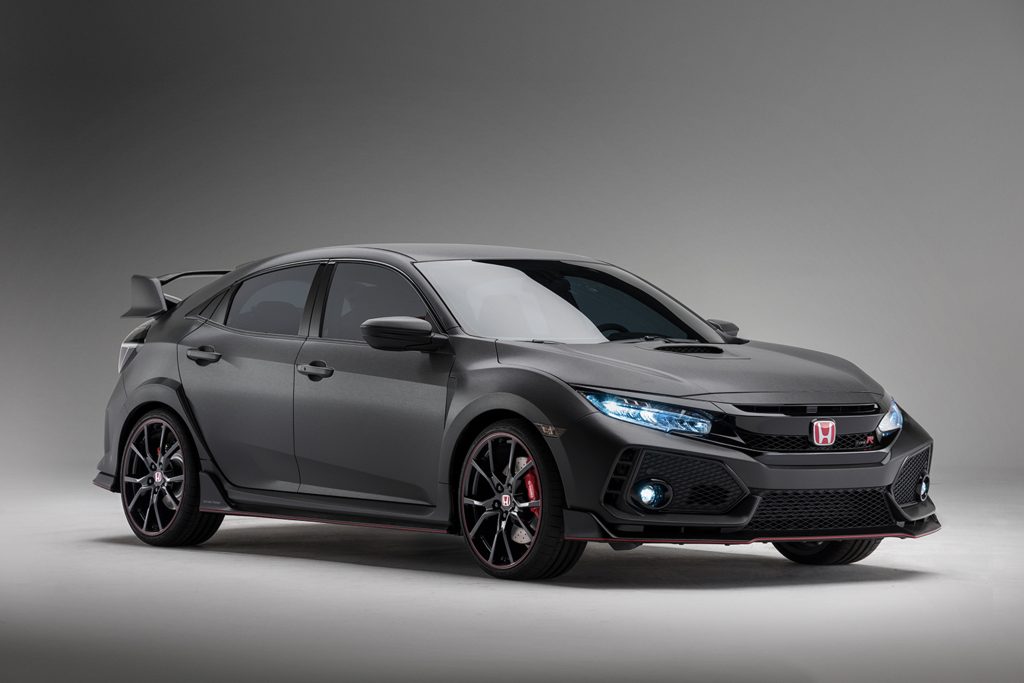 Honda does not always get it right. Note the first-generation Odyssey, which was panned as the “Oddity,” the debut of the ugly Ridgeline pickup, and the bland compromise known as the previous-generation Civic.

For the most part, buyers have forgiven those exceptions, keeping the Civic compact sedan, CR-V compact crossover, and the Odyssey minivan among the top sellers of their segments.

Yet the brand’s enviable reputation has suffered under the Takata air bag recall fiasco, which has most afflicted Honda vehicles.

To overcome such challenges, Japan’s third-largest automaker channels founder Soichiro Honda’s strategy to keep it simple and learn from missteps.

Since the arrival of the Civic, with its clean-burning CVCC engine, in 1975, followed by the Accord in 1976, Honda has built a reputation on reliability and persistence.

Just five years after launching his motorcycle company, Honda in 1954 declared his intent to compete with the world by entering the first Japanese-made motorcycle in the famed Isle of Man Tourist Trophy races. Failing to win in 1959 and 1960, Honda introduced Japan’s motor sports capability to the world, culminating with first-place wins in 1961 and the subsequent development of sports cars.

This is the audacious spirit that underlies Honda. It may fail, but recalibrates quickly. Honda sells the most motorcycles in the world. It is the seventh-largest automaker in the world, just behind No. 6 Nissan.

“They built up from a small company with reliable, affordable cars,” said Jessica Caldwell, senior analyst for Edmunds.com. “They differentiate from Toyota as a sporty or enthusiast choice. They left it in the ’90s, but are getting that back again.”

Never losing that independent verve, Honda bases its vehicles on just three platforms shared with the Fit, Civic, and Accord. Honda has no full-size SUV, full-frame pickup or V-8 engine.

While this limits the breadth of its lineup, it provides efficiencies of scale and enables Honda to consistently be among the top five automakers in overall fuel efficiency.

“Honda has a smaller line, but other automakers have emulated its strategy of core models,” Caldwell said. “They have Civic, Accord, and CR-V — everybody is trying to gain traction where Honda has been dominant. They don’t have a massive SUV lineup and are not trying to step outside of the lines. HR-V was not as popular as I thought it would be.”

The debut of the tiny Fit-based HR-V crossover is reminiscent of the 1997 CR-V that debuted in Detroit’s Cobo Hall among hordes of truck-based SUVs. It looked too cute to be serious, but sales climbed quickly, kick-starting today’s hot compact crossover segment. The CR-V is now the best-selling crossover, so don’t count out the HR-V yet.

Honda’s reputation for reliability has taken a hit due to Takata-supplied air bags, whose inflators began exploding during crashes and fatally projecting metal shrapnel toward drivers. At least 10 deaths in Hondas have been reported, mostly in 2001–2003 models. Nearly 70 million Takata inflators, across 14 automakers, will be recalled through 2019, making it the largest safety recall in U.S. history. Honda was the automaker most affected, with over 10.7 million recalled Honda and Acura vehicles.

“The design, testing and development of inflators is a highly specialized process,” said Honda spokesman Chris Martin. “Honda necessarily relied upon Takata’s expertise. Honda expects its suppliers to act with integrity and we remain deeply troubled by this behavior.”

No new Honda or Acura will employ Takata inflators.

Bouncing back, Honda is launching a hurricane of new products for 2017, including a Civic hatchback, available with a manual transmission and starting at $19,700. Enthusiasts will choose the R-Type that just made its debut at the Specialty Equipment Manufacturers Association show in Las Vegas. Check the carbon fiber splitter, 20-inch wheels, and menacing rear wing. Powertrain and price TBA.

“The 10th-generation 2016 Civic was really like a fresh start,” said Honda spokeswoman Jessica Pawl. “Honda committed to returning to its sporty roots — really wanted to cater to enthusiast drivers.”

It’s a larger car with an aggressive stance, fastback roofline, and boomerang tail lamps that give it a sporty and futuristic look — themes that follow to the interior’s digital instruments, bolstered seats and increased interior space. Civic posted a 12 percent sales increase through October.

“Honda is one of very few automakers that are successful in small cars,” Caldwell said. “Civic has always been a stalwart car for Honda. They took a gamble with design, but it is going over well with customers.”

Honda’s crossover-based pickup, the 2017 Ridgeline, trades origami body sides for straight lines. The bed has its own audio system, an under-floor trunk and a tailgate that swings and folds. Prices rise from $29,475.

“Honda really rethought what they had done in the past and it’s getting a more positive response,” Caldwell said. “It’s a hot segment and they came along at the right time.”

The redesigned 2017 CR-V flaunts dynamic styling and employs a turbocharged four-cylinder engine delivering 190 horsepower and “class-leading fuel economy.” The horrendously cumbersome infotainment screen was simplified; the volume knob was re-employed. Expect a base price under $25,000.

“Obviously, SUVs,” Caldwell said. “I don’t know much they can do in the car space. Green cars are not doing well overall — fallen out of favor with consumers. They should take a cue from the Civic redesign. Quality of Honda is good, but they could move out on a limb with styling.”

Honda Pilot sales are down after the 2016 redesign, yet Honda’s overall portfolio of trucks and SUVs are up thanks to the CR-V. Honda is doing something right, since Civic and Accord have remained popular for over 40 years. Honda is not perfect, but Soichiro’s spirit of racing and resilience continues to drive Honda.