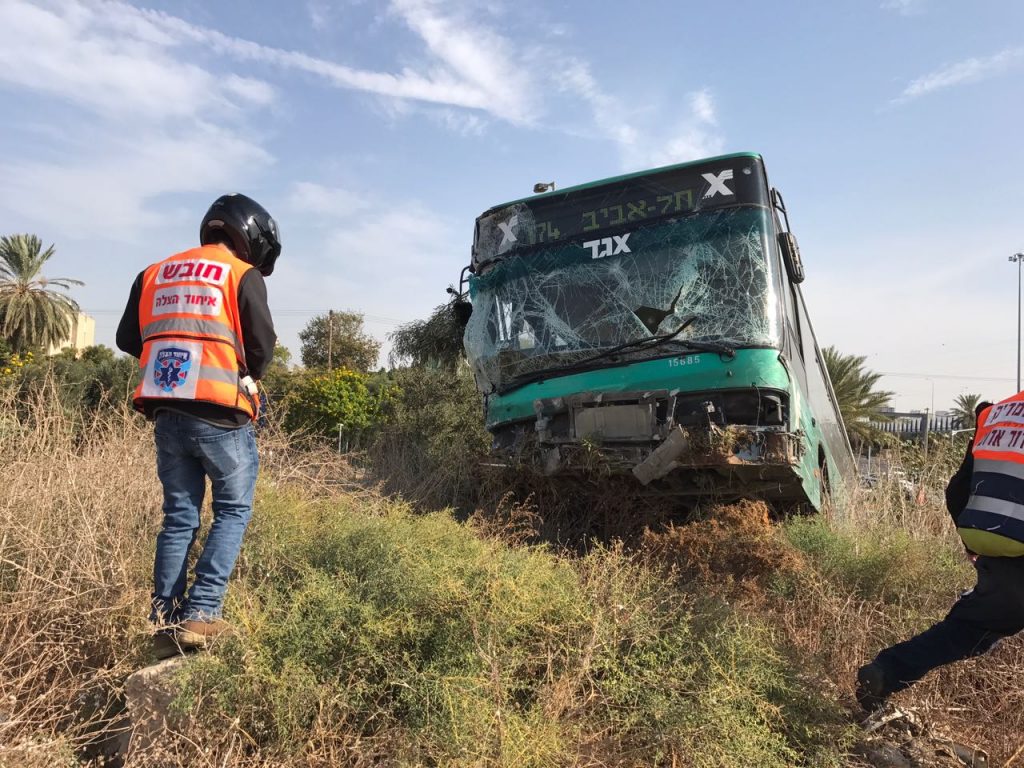 A 28-year-old woman was moderately injured and 60 others were lightly hurt in a multi-vehicle collision on route 44 near the Holon Junction on Sunday morning. The woman was taken to Ichilov Hospital for further treatment.

It appears that a bus driver lost control of his vehicle, which was full of passengers, then hit another bus and a number of other cars. He kept driving into the junction where he hit a third bus and more vehicles. The bus then drove over a traffic island and stopped by a highway ramp, finally coming to a halt on a hill on the side of the road.

Magen David Adom paramedics said that following the accident “many cars were spread across three nearby junctions.”

The head of MDA’s Dan District, Itzik Ben-Aharon, added, “This was a serious accident with injured people spread over a half-a-kilometer radius from the Holon Junction.”

A spokesman for the Egged bus company said that “the initial assessment by experts at the crash scene is that it is possible this was the result of human failure, but we will investigate the matter thoroughly.”

Human failure means that all the bus’s systems were found to be in order and  the driver was legally fit to transport passengers but that it is possible his own actions caused the accident.

“The bus driver, who is 65, was hired by Egged in recent months as part of a widespread effort to fill drivers positions in public transportation, and began working some five months ago,” the Egged spokesman went on to say.