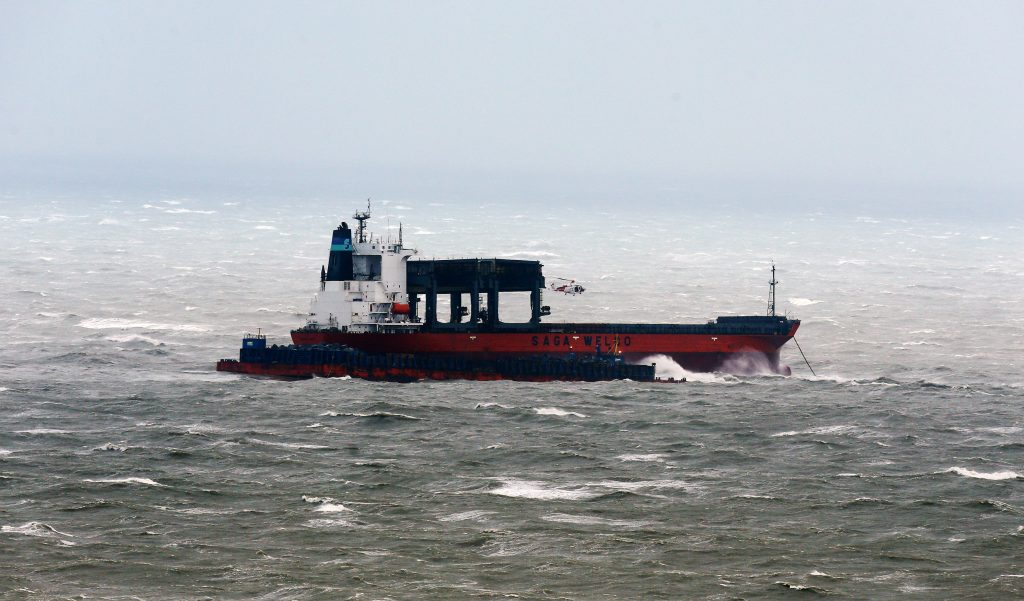 British coast guards say some crew members are being removed from a cargo ship that is taking on water in the English Channel as a storm lashes England’s south coast.

The Maritime and Coastguard Agency says the 650-foot vessel hit a barge full of rocks after losing power near Dover. A tug is being sent to tow it to safety.

The Meteorological Office says 2 inches of rain fell in Exeter, southwest England, during Storm Angus, the first big storm of the autumn-winter season in Britain.

Firefighters called to a seafront blaze in Bognor Regis say they struggled to stand up in the strong winds.