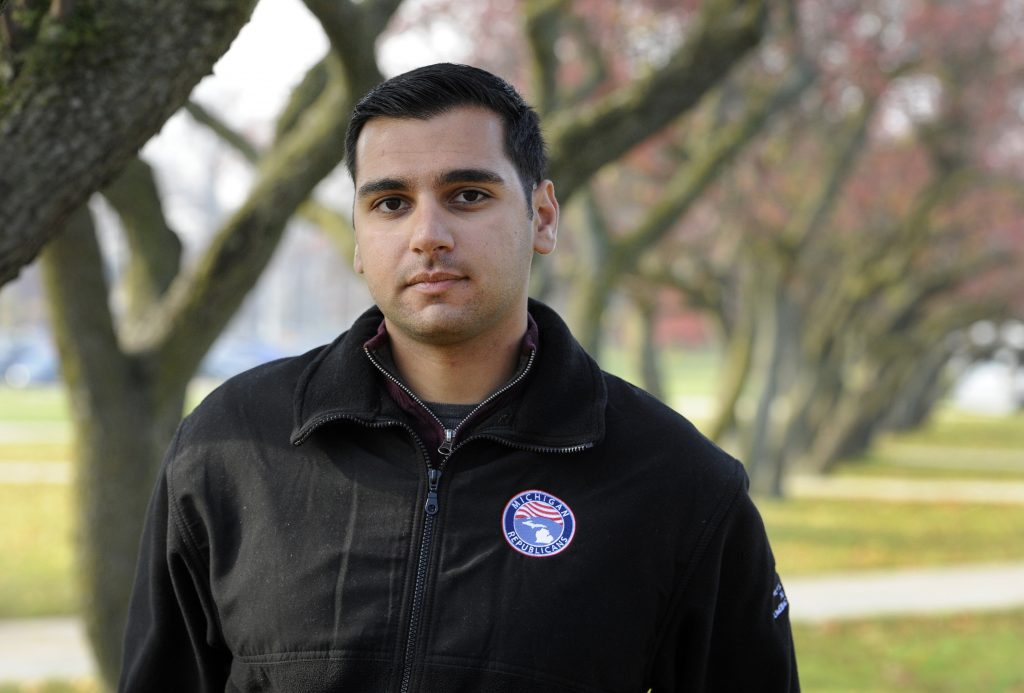 Grassroots campaigns have sprung up around the country to try to persuade members of the Electoral College to do something that has never been done in American history – deny the presidency to the clear Election Day winner.

Activists are circulating online petitions and using social media in hopes of influencing Republican electors to cast their ballots for someone other than President-elect Donald Trump and deprive him of the 270 Electoral College votes needed to become the next occupant of the White House.

“Yes, I think it’s a longshot, but I also think we’re living in strange times,” said Daniel Brezenoff, who created a petition in favor of Hillary Clinton and is asking signers to lobby electors by email or phone. “If it was ever plausible, it’s this year.”

Trump has won 290 electoral votes to Clinton’s 232, with Michigan undecided, but Clinton is on pace to win the popular vote by at least 1 million ballots. Trump’s opponents are motivated by the outcome of the popular vote and by their contention that the businessman and celebrity is unfit to serve as commander in chief.

Just one elector so far has wavered publicly on supporting Trump.

Texas Republican Art Sisneros says he has reservations about the president-elect, but not because of the national popular vote. He told The Associated Press he won’t vote for Clinton under any circumstance.

“As a Christian, I came to the conclusion that Mr. Trump is not Biblically qualified for that office,” he said.

He said he has heard from ecstatic Clinton supporters and even supportive Republicans, but also from outraged Trump backers writing “threatening and vile things.”

Sisneros signed a state party pledge to support the GOP’s standard-bearer, but that was before Trump was the official nominee. He said one of his options is to resign, allowing the state party to choose another elector.

Electors are chosen by party officials and are typically the party’s most loyal members. Presidential electors are not required to vote for a particular candidate under the Constitution. Even so, the National Archives says more than 99 percent of electors have voted as pledged throughout the nation’s history.

Some state laws call for fines against “faithless electors,” while others open them to possible felony charges, although the National Archives says no elector has ever been prosecuted for failing to vote as pledged. In North Carolina, a faithless elector’s vote is canceled, and he or she must immediately resign and be replaced.

Layne Bangerter and Melinda Smyser, two of Idaho’s four Republican electors, said they have been flooded with emails, telephone calls and social-media messages from strangers urging them to reconsider their vote.

“It’s just not going to work,” Bangerter said. “I hope it dies down, but I don’t see that happening.”

The volume and tone of the messages caught the attention of Idaho’s secretary of state, who urged the public to remain civil as electors prepare to cast their ballots on Dec. 19 while meeting in their states.

Republican Party officials in Georgia and Michigan said their electors also have been bombarded with messages, and Iowa reported increased public interest in obtaining contact information for electors.

Michael Banerian, 22, one of Michigan’s 16 Republican electors, said he has received death threats from people who do not want him to vote for Trump. But he said he is undeterred.

P. Bret Chiafalo, a Democratic elector in Washington state, said he and a small group of other electors from the party are working to contact their Republican counterparts and ask them to vote for any GOP candidate besides Trump – preferably Mitt Romney or John Kasich.

Under the Constitution, the House – currently under Republican control – decides the presidency if no candidate reaches the required electoral-vote majority. House members choose from the top three contenders.

This isn’t the first time electors have faced pressure to undo the results of Election Day.

Carole Jean Jordan, a GOP elector from Florida in 2000, recalled the “unbelievably ugly” aftermath of the recount battle between Republican George W. Bush and Democrat Al Gore, a dispute that ended with the U.S. Supreme Court leaving Bush’s slim margin intact and handing him the presidency.

Jordan said that Florida’s electors were inundated with nasty letters from people saying they should not vote for Bush. Police kept watch over her home until the electors convened in Tallahassee to cast their votes. They stayed at the same hotel, guarded by security officers who also escorted them to cast their ballots at the state Capitol.