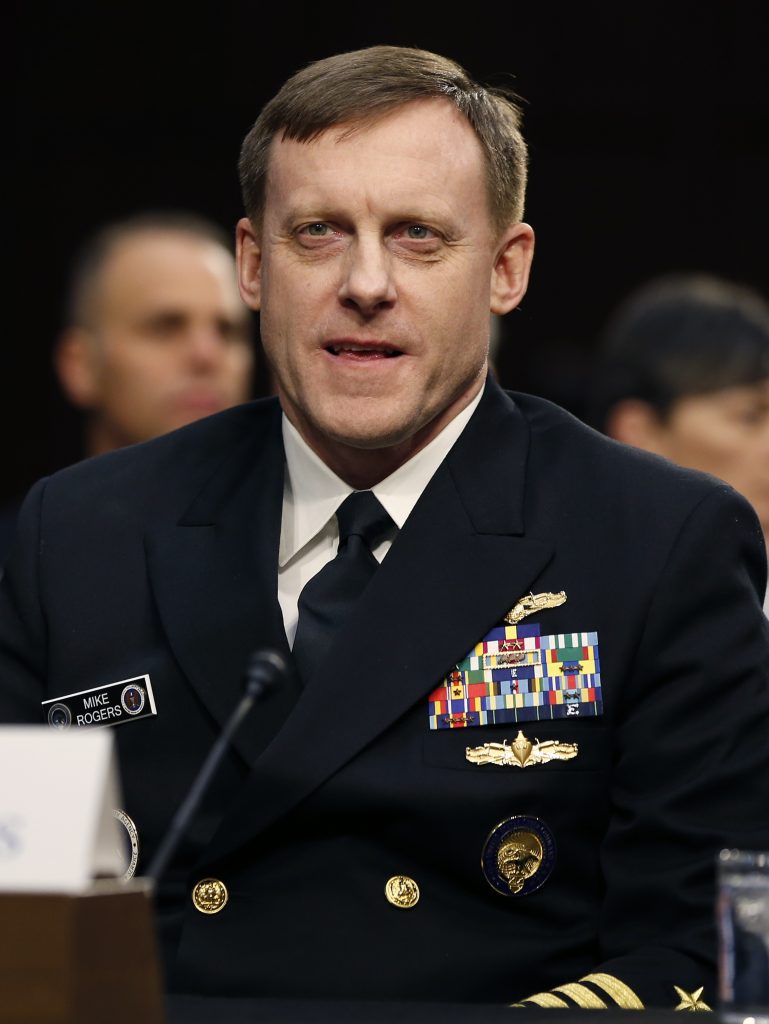 A top U.S. military official in consideration to be Donald Trump’s director of national intelligence has been recommended to be removed from his command in the Obama administration.

The recommendation to relieve Adm. Michael S. Rogers from his post as head of the National Security Agency was made to the White House last month by Defense Secretary Ashton Carter and Director of National Intelligence James Clapper, according to U.S. officials, who were not authorized to speak publicly on the matter.

Carter and Clapper have been critical of Rogers’s performance at the NSA, particularly after the agency came under fire in October when a contractor was found with a trove of sensitive digital files related to its surveillance programs. The incident took place only three years after Edward Snowden distributed more than 1 million classified documents about the agency’s secret surveillance programs.

Carter has also been privately critical of Rogers, who is also in charge of the U.S. military’s Cyber Command, for not responding faster to the technology-savvy Islamic State and its sprawling propaganda operation, officials said.

Carter and Clapper believe there should no longer be one person in charge of Cyber Command and NSA, a stance that has complicated the White House process of naming a Rogers successor, officials said.

The White House, Pentagon and Office of Director of National Intelligence declined to comment on the matter. The recommendation to remove Rogers from leading the NSA was first disclosed Saturday by The Washington Post.

Rogers met with Trump on Friday at Trump Tower in New York. He is said to be in the running to succeed Clapper in heading the Office of Director of National Intelligence, an umbrella agency that oversees and coordinates among the nation’s 17 spy agencies.

Rogers, 57, is a Navy cryptologist who took over at the NSA as it was reeling from the Snowden leaks, which cost the agency hundreds of millions of dollars and resulted in the scaling back of some of its domestic spying operations.

Then, last month, another agency contractor, Harold T. Martin III, was charged with stealing even more classified intelligence documents and digital material concerning highly classified software and computer codes that the NSA uses to spy on computer networks in other countries.

Martin was secretly arrested in August after an FBI search of his vehicle and residence found “hard copy documents and digital information stored on various devices,” including “classified documents obtained from sensitive intelligence” from 2014, according to an unsealed Justice Department complaint.

The case renewed concerns about security at the agency and raised questions about the handling of the nation’s most sensitive cyber secrets.

Like Snowden, Martin worked as a contractor for Booz Allen Hamilton, a Virginia-based business that provides management and technology consulting services to U.S. defense and intelligence agencies.