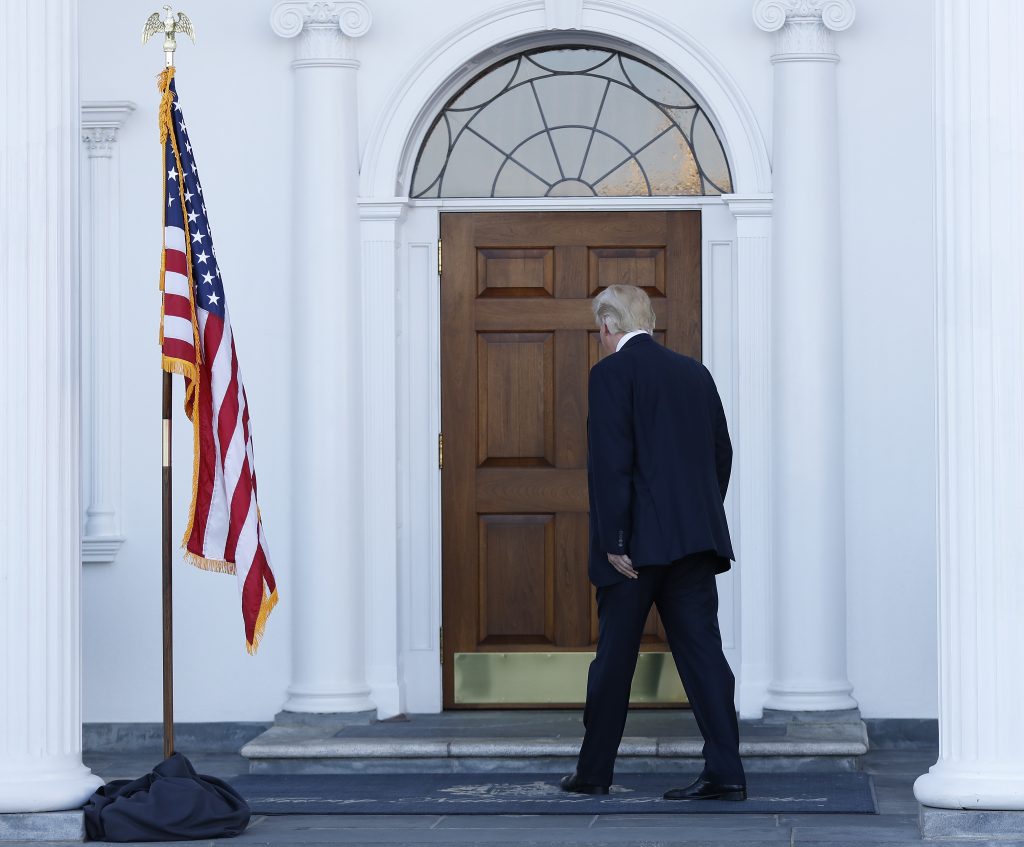 If there were any doubts about whether Donald Trump meant business with his hard-line campaign pronouncements on immigration, race, terrorism and more, the president-elect went a long way to dispel them Friday with his first appointments to his national security team and at the Justice Department.

Trump’s trifecta in selecting Sen. Jeff Sessions for attorney general, retired Lt. Gen. Michael Flynn for national security adviser and Rep. Mike Pompeo to lead the CIA sent a strong message that Americans are going to get what they voted for in electing a Republican whose campaign talk about national security matters largely toggled between tough and tougher.

There has been ongoing mystery about what to expect in a Trump presidency: Even some of Trump’s own supporters wrote off some of his more provocative campaign comments. Trump’s own policy statements have zigged and zagged depending on the audience. And his first two appointments to the White House staff — GOP Chairman Reince Priebus as chief of staff and onetime Breitbart News chief Steve Bannon as a senior adviser — sent a mixed message with the choice of an establishment figure and a flame-throwing outsider.

But Friday’s picks offered a concrete indication that Trump’s presidency may in fact be headed sharply to the right on issues of national security.

“If you believe in personnel as policy, it’s pretty clear where the arrows are pointing,” says Calvin Mackenzie, a presidential scholar at Colby College in Maine.

Princeton historian Julian Zelizer says the three choices all represent conservative figures with track records in government, not “wildly out-of-the-box people who don’t even come from the world of politics.”

“That’s a message not just about him following through on his campaign promises, but it’s about partisanship,” says Zelizer. “He’s giving a signal to the Republicans to stick with him because he’ll deliver.”

Trump still has plenty of big appointments yet to make, including secretary of state, that could telegraph other directions. And Congress, too, will have a say in setting national security policy.

Trump’s three latest picks have all sharply differed with the Obama administration’s policies:

Sessions, the Alabama senator and former federal prosecutor, is known for his tough stance on immigration enforcement. He’s questioned whether terrorism suspects should get the protection of the U.S. court system, opposes closing the detention center at Guantanamo Bay and has highlighted concerns about voting fraud, which the Obama administration sees as a non-issue. He has said Obama’s counterterrorism policies have “emboldened our enemies” and those concerned about warrantless wiretaps have “exaggerated the extent to which this is somehow violative of our Constitution.” His appointment to a federal judgeship in 1986 fell through after he was accused of making racially charged statements while U.S. attorney in Alabama.

Pompeo, the three-term congressman from Kansas, is an outspoken opponent of the Iran nuclear deal, has said NSA leaker Edward Snowden is a traitor who deserves the death sentence and has said Muslim leaders are “potentially complicit” in terrorist attacks if they do not denounce violence carried out in the name of Islam.

Flynn stepped down as director of the Defense Intelligence Agency in April 2014 and said he’d been forced out because he disagreed with Obama’s approach to combatting extremism. Critics said he’d mismanaged the agency. Flynn has pressed for a more aggressive U.S. campaign against the Islamic State group, and favors working more closely with Russia.

The three appointments sync up with messages that Trump voters sent in the exit polls on Election Night.

Trump’s backers put a higher priority on addressing terrorism and immigration than did Clinton’s supporters. Three-fourths of them said the U.S. was doing very badly or somewhat badly at dealing with IS. Just two in 10 thought blacks are treated unfairly in the U.S. criminal justice system. Three-fourths backed building a wall on the southern border to control illegal immigration.

Trump’s positions, meanwhile, have gone through different iterations, continue to evolve and still have big gaps.

On immigration, his views have arrived at a policy that sounds much like Washington as usual. The approach he sketched out in a post-election interview on “60 Minutes” would embrace the Obama administration’s push to deport the most serious criminals who are in the U.S. illegally, as well as the call by many Republican lawmakers to secure the border before considering any legal status for those who’ve committed immigration violations but otherwise lived lawfully. He even pulled back a bit on his vaunted southern wall, suggesting a fence may be enough for part of it.

Trump the campaigner also moved away from his inflammatory vow to freeze the entry of foreign Muslims into the U.S., settling late in the race on “extreme” vetting of immigrants from countries and regions plagued by violent radicalism.

He’s vowed to crush the Islamic State terror group, but he won’t say how.

Trump has also said he believes in enhanced interrogation techniques, which can include waterboarding and other types of torture that are against the law and that many experts argue are ineffective.

Republican Rep. Devin Nunes of California, the chairman of the House Intelligence Committee, on Friday dismissed Trump’s comments about waterboarding as the talk of a “first-time neophyte running for office.”

“Waterboarding coming back, I find that hard to believe,” he said.