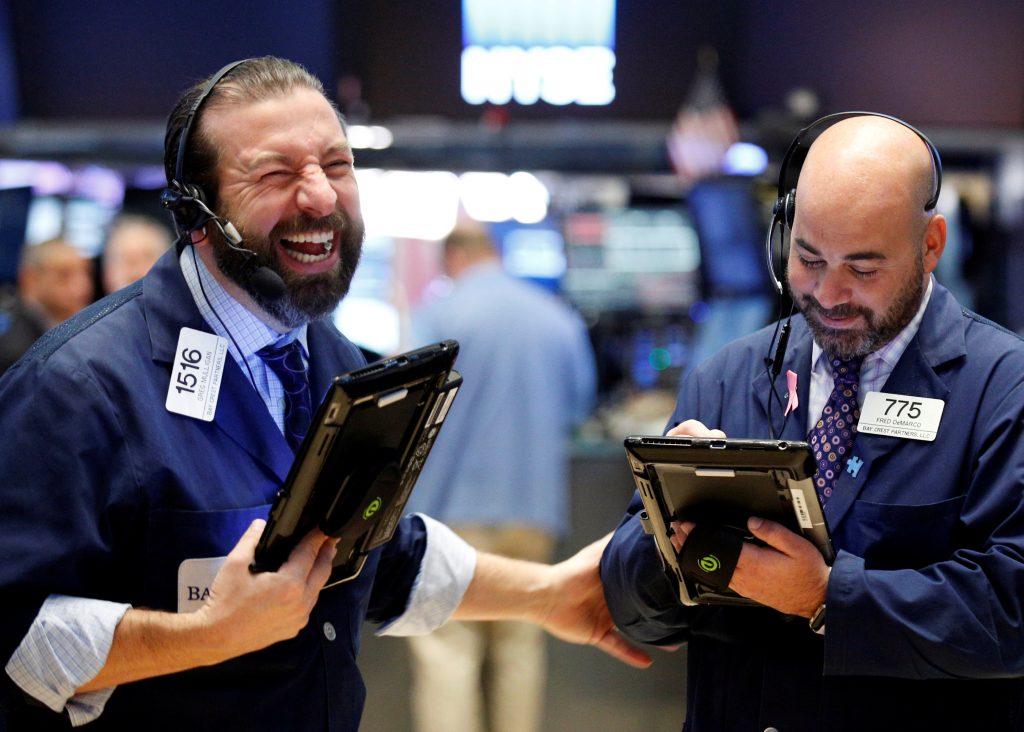 U.S. stocks are slipping Friday as investors take a pause following some huge moves since last week’s presidential election. Health-care and technology companies are taking some of the largest losses. Retailers Gap and Abercrombie & Fitch are dropping after they gave weak quarterly reports, while discount retailer Ross Stores is climbing.

TECH TURBULENCE: Intel, the world’s largest chipmaker, fell 34 cents, or 1 percent, to $34.68 as part of a broad decline in the technology sector. Video-game publisher Activision Blizzard shed $1.21, or 3 percent, to $38.73 as investors feared weaker year-end-shopping-season sales. Business-software maker Oracle lost 34 cents to $39.91. Tech stocks, which soared over the summer, have largely missed out on the market’s gains since the election.

FUN IN THE SUN: Investors approved the combination of electric-car maker Tesla Motors and solar-power company SolarCity. The deal, first proposed by Tesla CEO Elon Musk in June, has gotten a chilly reception on Wall Street. Analysts wondered why Tesla would want to take on SolarCity while it’s building a big battery factory in Nevada and also preparing to launch its first mass-market car, the Model 3, due out at the end of 2017. Shares of both companies dropped in the ensuing months.

RETAIL: Teen clothing company Abercrombie & Fitch fell $2.21, or 13.1 percent, to $14.72 after it reported weak sales and a smaller profit than analysts had expected. Gap said fewer people visited its stores heading into the year-end shopping season. Its stock gave up $3.57, or 11.6 percent, to $27.14. Sporting-goods retailer Hibbett Sports cut its annual forecasts after a weak third-quarter report. It dropped $5.70, or 12.6 percent, to $39.60.

Shoppers are not buying as many clothes and are moving toward discount chains. Discount retailer Ross Stores rose $2.91, or 4.4 percent, to $68.44 after it posted a better-than-expected profit and sales.

BONDS: Investors continued to sell U.S. government bonds at a rapid clip, and bond prices wobbled and turned lower. The yield on the 10-year Treasury note rose to 2.34 percent from 2.30 percent.

OUT IN FORCE: Customer management software maker Salesforce.com jumped after a solid quarterly report and strong guidance. Its stock picked up $3.06, or 4.1 percent, to $78.25.

A MARVEL: Chipmaker Marvell Technology disclosed much stronger sales than analysts had expected and gave a surprising forecast for the current quarter. Its stock gained $1.11, or 8.3 percent, to $14.47.