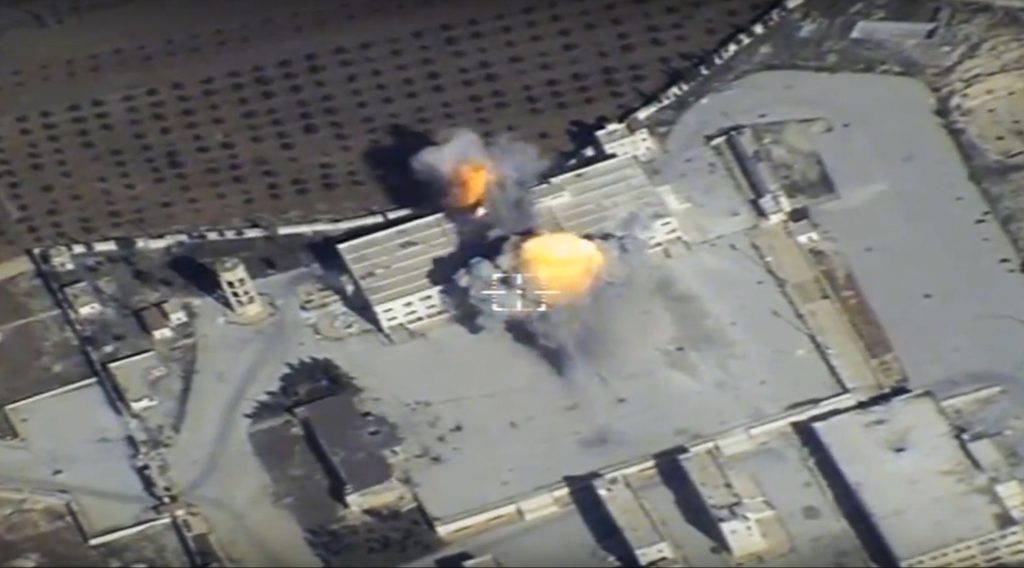 Inspectors charged with determining who is behind chemical weapons attacks in Syria will have another year to do their work after the U.N. Security Council voted unanimously to approve a one-year extension of their mandate Thursday.

Investigators from the Joint Investigative Mechanism, or JIM, have determined that the Syrian government was behind at least three attacks involving chlorine gas and the Islamic State group was responsible for at least one involving mustard gas.

U.S. ambassador to the U.N. Samantha Power welcomed the vote and thanked Russia for it’s work on the resolution.

“The JIM is a vital tool for fighting impunity, an independent group of experts with the tools to tell us who is using chemical weapons in Syria,” Power said. “The JIM’s findings are clear. Investigators have concluded that the Assad regime has used chemical weapons against the Syrian people not just in one attack but in three confirmed attacks so far … the JIM has, to date, reached this conclusion. There is credible evidence of many more chemical weapons attacks by the Assad regime.”

The United States, Britain and France have been pressing the council to impose sanctions on the Syrian government for using chemical weapons. But Russia, Syria’s closest ally, has repeatedly questioned investigators’ conclusions linking chemical weapons use to the regime of President Bashar Assad.

Russian deputy Ambassador Vladimir Safronkov said the resolution was “the result of extensive negotiating marathons” between his country and the U.S.

“The document in view of our priorities on giving the mechanism a mandate of broader geographical scope and clearer anti-terrorist direction was agreed on with great difficulty, but we did and we accepted it because we see its strong points, too,” Safronkov said.

The Organization for the Prohibition of Chemical Weapons, the international watchdog, last week condemned the use of chemical weapons in Syria and called on the government to allow inspections of sites of concern.

The Syrian government denies using chemical weapons in the civil war, now in its sixth year.

Human Rights Watch praised the mandate’s extension and called on the U.N. to sanction those responsible.

“The Security Council should quickly impose sanctions on senior leaders in the Syrian chain of command who have allowed the use of chemical weapons on their watch. If the Council fails to act, it is yet another reason for the General Assembly to take up the issue of accountability for these and other abuses in an emergency special session on Syria,” said Louis Charbonneau, U.N. director at Human Rights Watch.

Following a chemical weapon attack on a Damascus suburb that killed hundreds of civilians on Aug. 21, 2013, a U.S.-Russian agreement led to a Security Council resolution the following month ordering the destruction of Syria’s chemical weapons, precursors, and the equipment to produce the deadly agents.

The Syrian government’s support for the resolution and decision to join the OPCW warded off possible U.S. military strikes in the aftermath of the attack, which Damascus denied carrying out.

Syria’s declared stockpile of 1,300 metric tons of chemicals has been destroyed, but the OPCW is still investigating outstanding questions about possible undeclared chemical weapons.

Chlorine is not a banned agent used in chemical weapons, like sarin or ricin. But it is toxic and its use in attacks in Syria started being reported last year.