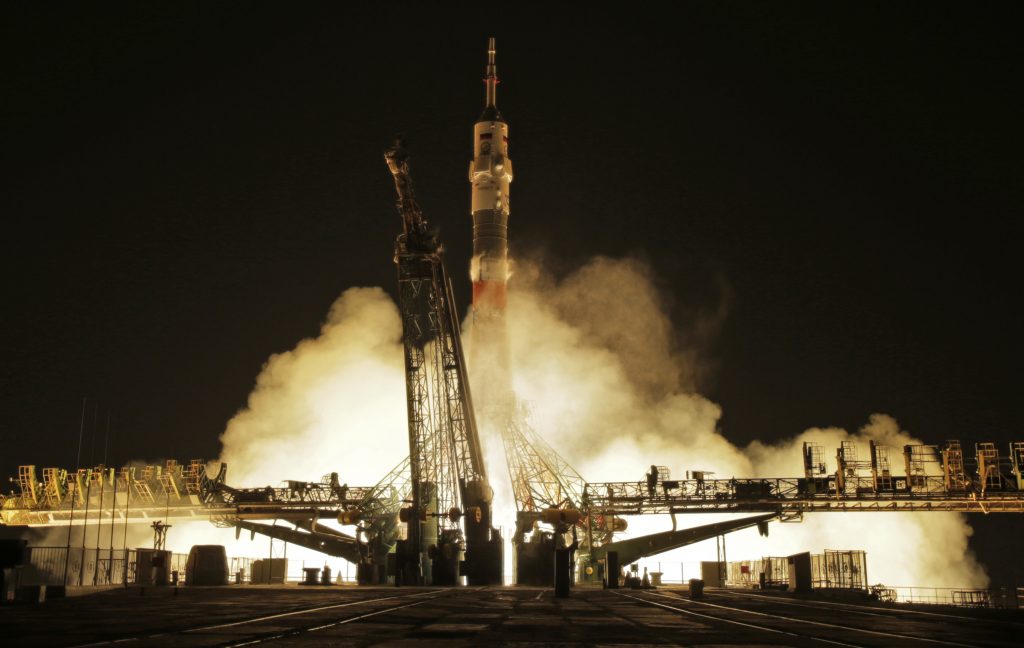 A Soyuz rocket carrying a veteran American astronaut, a French newcomer and a Russian cosmonaut blasted off for the International Space Station on Friday.

The crew of NASA astronaut Peggy Whitson, Russia’s Oleg Novitskiy and France’s Thomas Pesquet lifted off from the Russian-leased launch facility in Kazakhstan at 2:20 a.m. Friday (3:20 p.m. EST Thursday) and went into orbit eight minutes later. The crew will now travel for two days before docking at the space station.

Whitson, who will celebrate her 57th birthday in February, has now become the oldest woman in space, adding to her long list of barrier-breaking records. This will be the third space station mission for Whitson, an Iowa-born biochemist, and her second stint as commander. She already has spent 377 days in space and performed multiple spacewalks. This six-month mission should push her beyond 534 days in space, the U.S. record set in September by 58-year-old astronaut Jeffrey Williams.

Whitson, Novitskiy, 45, and the 38-year-old Pesquet, who is making his maiden flight into space, will join an American and two Russians at the orbiting lab. They have worked at the station since October.