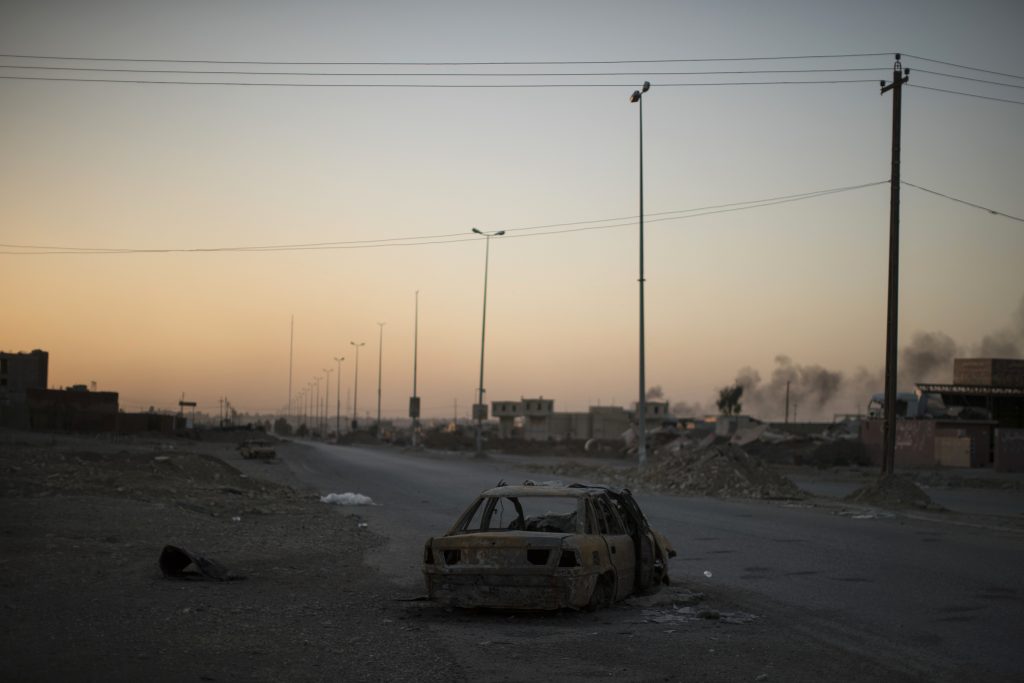 Iraqi troops advanced cautiously into eastern districts of Mosul on Friday, facing stiff resistance from Islamic State terrorists a day after they paused in their assault due to poor visibility, officers said.

Airstrikes, automatic fire and artillery were heard from dawn, and one soldier was reported killed in clashes. Civilians, some of them wounded, could be seen fleeing the fighting.

According to the officers, the Iraqi forces aim to take complete control of the city’s Tahrir area and from there move into the adjacent Muharabeen district. The officers spoke on condition of anonymity because they were not authorized to talk to the media.

Iraqi forces launched the long-awaited operation to retake Mosul a month ago but have only advanced into a few eastern districts. The troops have faced fierce resistance, with snipers, mortar fire and Islamic State suicide bombers driving armor-plated vehicles packed with explosives.

On Thursday cloudy skies over Iraq’s second-largest city obscured the visibility of the drones and warplanes on which the troops rely, hindering their advance. Instead, special forces secured areas they had seized, set up checkpoints and swept for explosives. The pause also allowed the residents running out of food in areas liberated from IS to get some supplies from Iraqi troops and aid organizations.

Mosul is the last major holdout for the terrorists in Iraq. Driving them out would deal a severe blow to the Islamic State’s self-styled caliphate stretching into Syria.

IS on Friday claimed responsibility for an attack the previous night in which a suicide car bomber struck a wedding near the western city of Fallujah, killing at least 10 people and wounding 32. The wedding was attended by many government-allied Sunni tribal fighters who are also part of the campaign to rid the country of IS, said Interior Ministry spokesman Brig. Gen. Saad Maan.

It was the second incident this week in Fallujah. On Monday, twin suicide bombers targeted the city’s security checkpoints, killing six people.