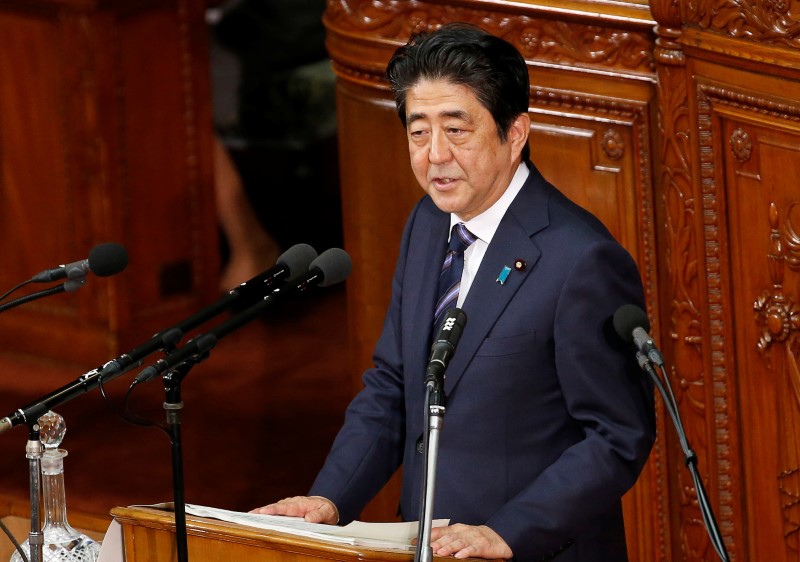 President-elect Donald Trump, a foreign policy novice, was deepening his focus on national security Thursday, meeting with Japanese Prime Minister Shinzo Abe, as well as a former secretary of state and a possible contender to be his top diplomat.

Trump also rolled out new teams that will interact with the State Department, Pentagon, Justice Department and other national security agencies. The move is a crucial part of the government transition before Trump’s Jan. 20 inauguration.

In Washington, Vice President-elect Mike Pence huddled with House Republicans on Capitol Hill and also planned to meet with Democratic leaders. Lawmakers said part of Pence’s mission was to tell fellow Republicans that the transition effort was proceeding smoothly, despite reports of chaos and infighting.

“He just wanted to reassure that the team is working hard and they’re working toward an agenda to do what’s right for the American people,” said Rep. Jim Renacci, R-Ohio.

Trump planned to meet Thursday in New York with Abe, his first get-together with a world leader as president-elect. He was also meeting with former Secretary of State Henry Kissinger and South Carolina Gov. Nikki Haley, who is said to be among Trump’s potential picks to lead the State Department.

Trump’s team was essentially starting its transition planning from scratch after scrapping much of the preliminary work New Jersey Gov. Chris Christie conducted during the campaign. After winning the election, Trump demoted Christie and put Vice President-elect Mike Pence in charge.

The result has been a series of new additions to the transition team and several departures, mainly among those aligned with Christie.

Trump aides and allies suggested some of the commotion within the transition team was to be expected given the enormous task at hand.

“The beginning of any transition like this has turmoil because it’s just the nature of the process,” former House Speaker Newt Gingrich said as he left Trump’s transition headquarters in Washington. He said the picture of Trump’s administration would become clearer over the next two or three weeks.

“When you’re doing a transition that is trying to push the kind of change that Mr. Trump wants to be doing, it’s going to be even harder,” Hoekstra, a former House Intelligence Committee chairman, said.

But others close to the transition process described advisers “fighting for power.” Trump has long stoked internal rivalries among his staff — both in his businesses and his campaign — and has created ambiguity in his transition about who has authority to make key decisions.

Aides noted that President Barack Obama waited until a few weeks after the 2008 election to announce many of his Cabinet appointments.

Trump appeared to be weighing an eclectic mix of individuals for top Cabinet posts, including longtime loyalists, former rivals and even a Democrat. Transition officials said Trump met Wednesday with Eva Moskowitz, a former New York councilwoman and charter school founder who is being considered for education secretary.

Former New York Mayor Rudy Giuliani, who has been a regular presence at Trump Tower, has been angling for secretary of state, though his consulting work for foreign governments has emerged as a potential roadblock. Trump is also said to be seriously considering John Bolton, a former U.S. ambassador to the United Nations, for the top diplomatic job.

Texas Sen. Ted Cruz, who tangled ferociously with Trump during the Republican primary but ultimately endorsed the businessman, could get a top job such as attorney general. An official said, however, he is not viewed as a top contender. The official, like others, wasn’t authorized to speak publicly on the transition talks and spoke on condition of anonymity.

Trump aides have released few details about the president-elect’s schedule or phone calls since the election. They tried to play catch-up Wednesday, releasing a list of 29 world leaders who have spoken with Trump or Pence in recent days. Most of the calls had previously only been confirmed by those leaders’ governments.