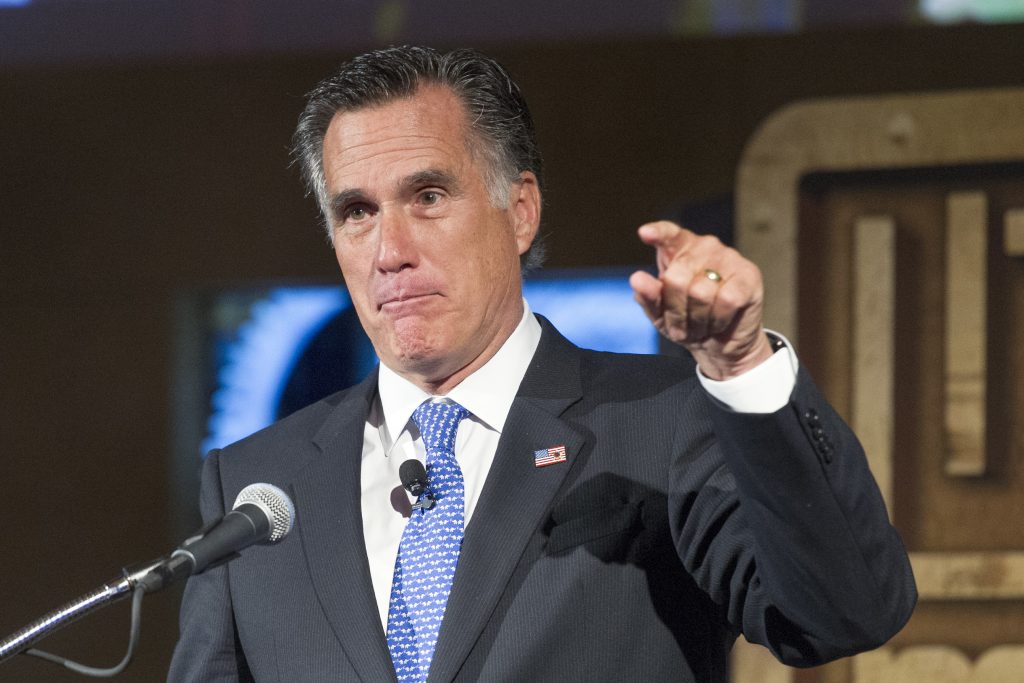 President-elect Donald Trump planned a Saturday meeting with Mitt Romney, the 2012 Republican presidential nominee and a fierce Trump critic, and may discuss whether he should be a candidate for secretary of state, a source familiar with the meeting said on Thursday.

Trump has shown a flair for the dramatic in his deliberations over his Cabinet, saying only he knows who “the finalists” are.

Corker told CNN on Wednesday that he was “in the mix” for the position but that Trump might pick someone who was closer to him during the presidential campaign. He met on Thursday in Washington with Vice President-elect Mike Pence.

Trump’s expected meeting with Romney amounts to an olive branch of sorts to one of his sharpest critics. Romney, who in a speech in March called Trump “a phony, a fraud,” urged Republicans to vote for anyone but the New York real-estate magnate while the party was picking its presidential nominee.

Trump, in turn, used harsh rhetoric at times during his campaign to dismiss Romney as a failure who blew a chance in 2012 to defeat Democratic President Barack Obama, whom Trump felt was a weak opponent.

The source told Reuters that a broad discussion was expected during the meeting and that discussion about the secretary of state position was possible.

Asked about the meeting, Trump senior adviser Kellyanne Conway suggested it was still being arranged. “We’re working on it,” she said.

“I think it’s good that the president-elect is meeting with people like Mr. Romney,” Senator Jeff Sessions (R-Ala.), one of Trump’s closest confidants and a potential nominee for defense secretary, told reporters at Manhattan’s Trump Tower.

Sessions sounded far from certain that Romney would be offered a job.

“There are a lot of talented people that he (Trump) needs good relationships with. And I think Mr. Romney would be quite capable of doing a number of things. But he will be one of those, I am sure, that’s reviewed. Donald Trump will make that decision,” Sessions said.

When Romney, a former Massachusetts governor, opted out of running for the 2016 Republican presidential nomination, people close to him suggested that serving as secretary of state might be appealing to him if a Republican won the presidency.

A steady stream of potential Trump-Administration hires made their way through the lobby of Trump Tower to meet with either Trump or officials close to him.

All indicated a willingness to serve, such as Jeb Hensarling, a Texas Republican who is chairman of the U.S. House of Representatives Financial Services Committee. He is a potential treasury secretary in the Trump administration.