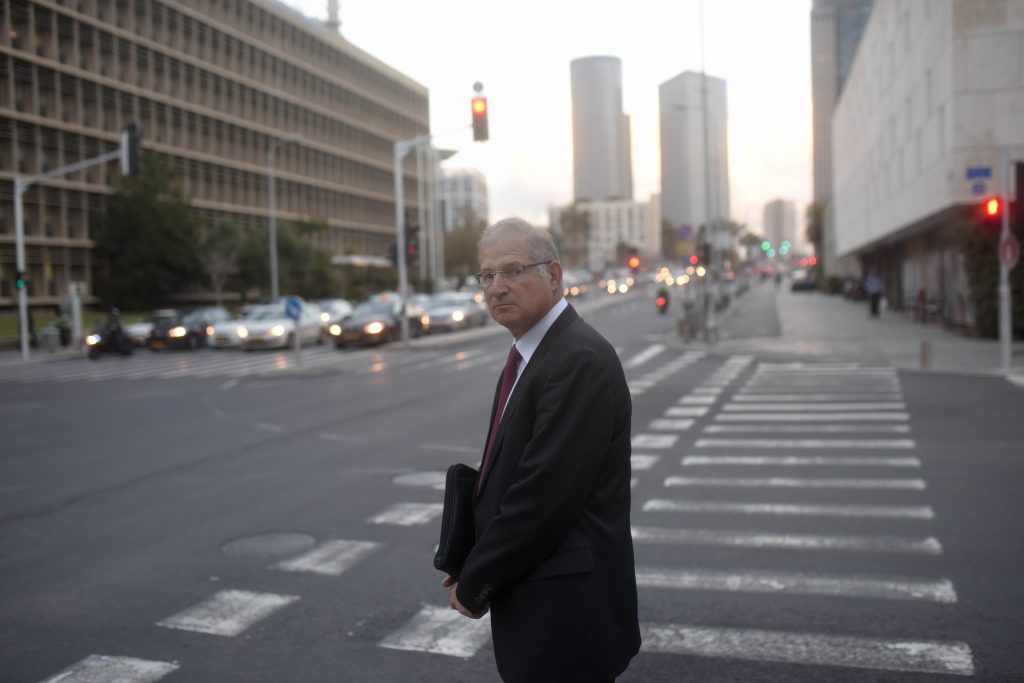 After the announcement of a state comptroller’s probe into an alleged conflict of interest involving Prime Minister Binyamin Netanyahu and his personal lawyer, David Shimron, in the purchase of German submarines for Israel, Netanyahu denied any knowledge of the matter on Thursday.

Shimron, who represents a German company seeking to build submarines for Israel, was instrumental in arranging the purchase of Dolphin-class submarines for the Israeli navy despite the objections of the IDF and former defense minister Moshe Yaalon, according to a local media report.

It was also alleged that Shimron attempted to transfer a contract from the Israeli Navy to a private firm set up by Israeli businessman Miki Ganor. They met with Histadrut labor federation director Avi Nissenkorn, and representatives of IDF employees union to that end.

Netanyahu said on Thursday that he had known nothing of the Shimron connection prior to the report by Channel 10 this week, and vehemently denied any impropriety in the matter.

“Shimron never brought up submarines or ships or any other issue concerning his clients with the prime minister,” the Prime Minister’s Office said in a statement, adding that Shimron had not discussed the German client or any other client with Netanyahu. The PMO said that members of Netanyahu’s inner circles, including Shimron, “know not to discuss their [personal] business dealings with the prime minister.”

“The only consideration the prime minister had [in the German deal] was strengthening Israel’s capabilities in regard to [obtaining] strategic vessels, essential to ensure [Israel’s] future,” the PMO said.

“Any attempts to suggest that he had any other consideration in the decision to purchase submarines for the Israeli Navy are false and lacking any basis in reality,” the statement read.

Similarly, Shimron stated earlier in the week that he “did not discuss these matters with the prime minister … I have not dealt with any state officials about vessels purchased by the state of Israel,” he said in a statement.

In addition, an IDF spokesperson said Thursday that the army did not oppose the purchases, saying, on the contrary, that it informed the cabinet of “the need” for the new submarines, The Times of Israel reported.

A source said to be in Yaalon’s inner circle said that he had tried to dissuade Netanyahu from the deal. Yaalon himself declined comment.

“It looks bad,” Michael Partem, vice chairman of the Movement for Quality Government in Israel, told The Times. “It raises many troubling questions of access and peddling influence and pay-to-play politics.”