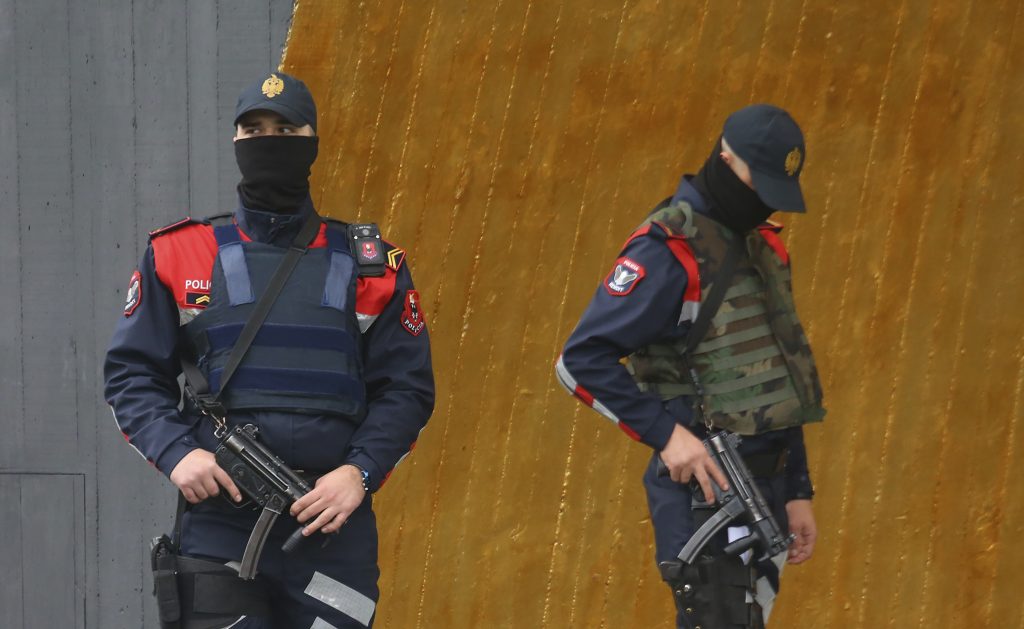 Kosovo police say they prevented simultaneous attacks by the Islamic State terror group, including on an Israeli sports team that played in neighboring Albania.

They said in a statement Thursday that 18 people were arrested in Kosovo and six more in Albania or Macedonia. At the suspects’ homes and premises police found explosive devices, weapons and electronic equipment.

The groups in the three countries, coordinated by two Albanians who are part of the IS terror group in Syria, had “clear targets on who and when should be attacked,” police said.

The venue of last weekend’s game was changed for “security reasons” from the northern city of Shkoder, near the border with Montenegro, to Elbasan, much nearer to the capital, Tirana.