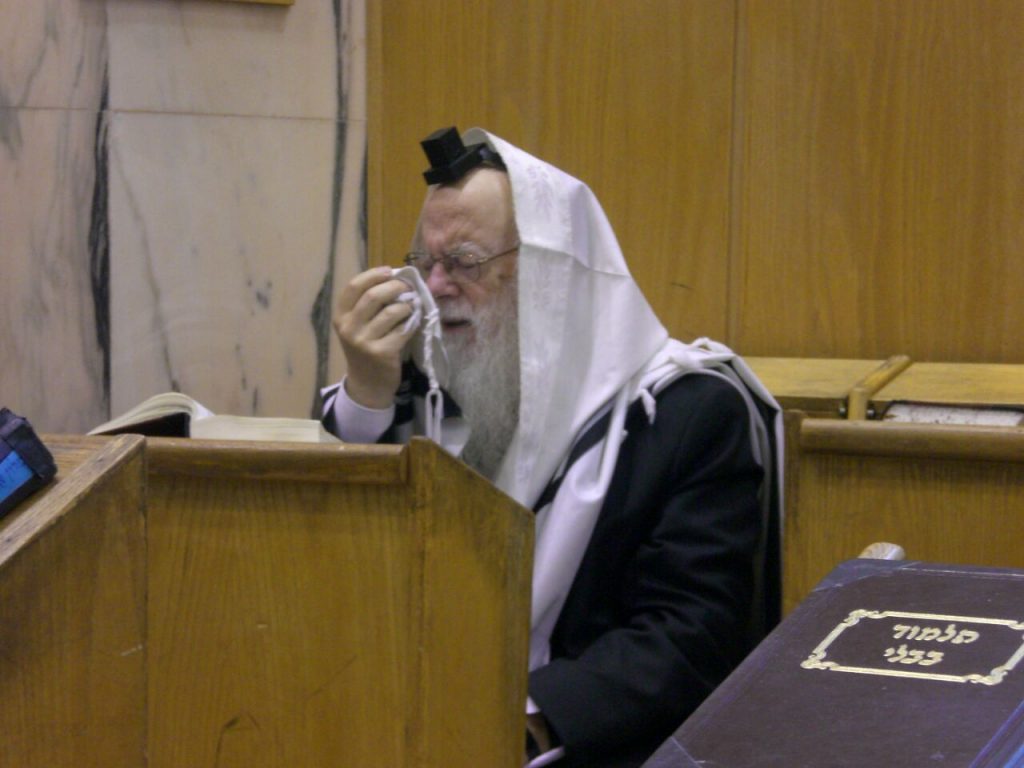 The Sephardic Torah world was plunged into mourning Thursday afternoon with the petirah of one of the leading Roshei Yeshivah in the country, Hagaon Harav Gavriel Toledano, zt”l, Rosh Yeshivat Ohr Baruch in Yerushalayim, at the age of 79.

Harav Gavriel Toledano was born in Meknes, Morocco. His father, Harav Shlomo, was the Maggid of the city, and his mother was the daughter of Harav Refael Baruch Toledano, Rav of Meknes.

In his youth the Rav learned in the yeshivah in Aix-Les-Bains, France, under the tutelage of Harav Chaim Yitzchak Chaikin, zt”l. He later learned in Eretz Yisrael in Yeshivas Ponevez in Bnei Brak. There, he formed a close relationship with the Rosh Yeshivah, Hagaon Harav Elazar Menachem Shach, zt”l.

After his marriage, Rav Gavriel served as a maggid shiur in Yeshivat Porat Yosef. Several years later, he founded his own yeshivah – Yeshivat Ohr Baruch in Bayit Vegan in Yerushalayim. The yeshivah was under the auspices of Harav Shach, who came to deliver shiurim in the yeshivah.

Rav Gavriel was seen by many of his talmidim as their mentor and they sought guidance from him.

His chiddushim and shiurim on many masechtos were compiled and published under the name Mitzadei Gaver, as well as Ga’al Yisrael on the Torah.

Over ten years ago, he was diagnosed with a serious illness, but despite it he continued to come to the yeshivah with great mesirus nefesh. In the last three years, with the advancement of his ailment, he was bedridden.

Several weeks ago the Rosh Yeshivah was taken to Shaarei Zedek hospital when his condition worsened. Many tefillos were held on his behalf, but on Thursday he was niftar, surrounded by many family members and talmidim. His talmidim noted that he was niftar on 16 Cheshvan, the same day as his rebbi, Harav Shach.

The levayah will be held Thursday night, proceeding from his yeshiavh in Bayit Vegan to Har Hamenuchos.