Politics Gingrich Says He Will Not Be in Trump Cabinet
Politics 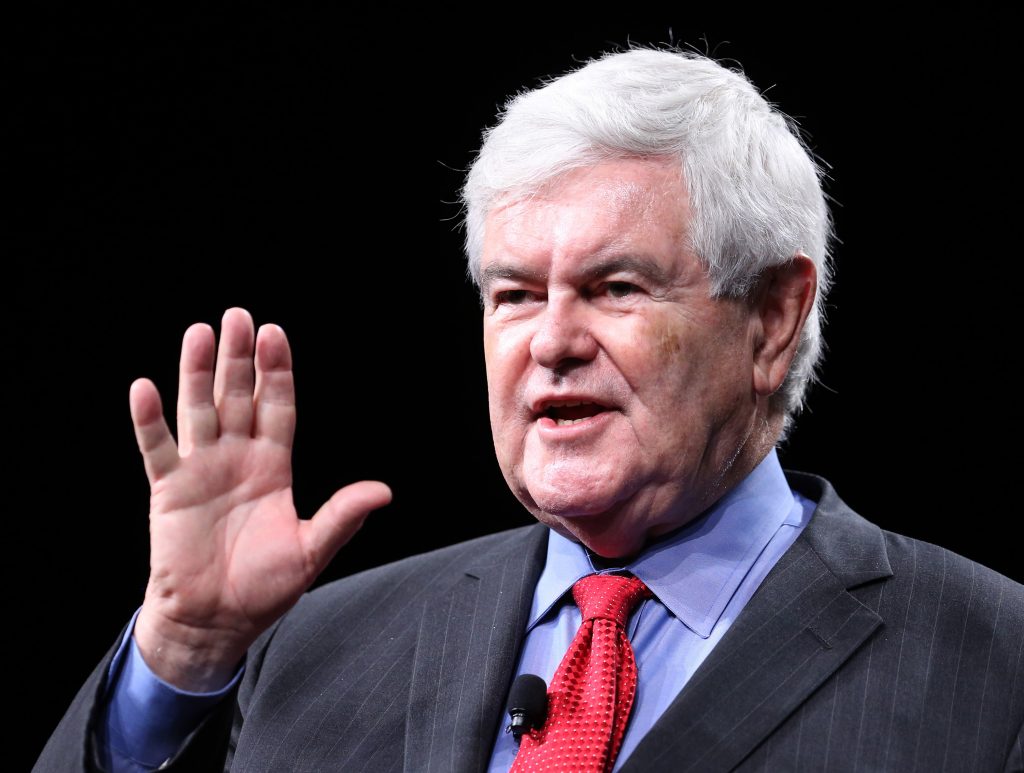 Newt Gingrich said Thursday he will not serve in the Donald Trump administration in any official role.

The former House speaker and presidential candidate had been mentioned frequently as a potential top member of the new government, possibly as secretary of Defense, State, or Health and Human Services.

But he ended that speculation in an interview with McClatchy. “I will not be in the Cabinet,” Gingrich, 73, said. “I intend to be focused on strategic planning.”

McClatchy had contacted him for comment on whether his long ties to the Washington establishment might pose a problem with a Trump team that boasts of its outsider status and its promise to “drain the swamp” of Washington.

He did not say whether the decision not to be in the new government was his or Trump’s. The Trump transition team did not respond to requests for comment.

Since leaving Congress in 1999, Gingrich has established a range of for-profit businesses that intersected with policy and politics in Washington. These included taking consulting fees from mortgage giants Fannie Mae and Freddie Mac, and speaking fees and support from the pharmaceutical industry. Those past ties to the drug industry in particular might have raised alarms given Trump’s campaign criticism of the sector.

“The drug companies probably have the second- or third-most-powerful lobby in this country,” Trump said in a Feb. 4 town-hall gathering in Exeter, N.H. “They get the politicians, and every single one of them is getting money from them.”

Gingrich entered Congress in 1979 as a small-town assistant professor at West Georgia College. He was the architect of his party’s stunning takeover of the House in 1994, and became speaker.

Out of office, he has parlayed his fame and interests into a small fortune.

“He’s an opportunist. And we can see that through his entire political career … he echoes all sides of all major issues,” said Craig Holman, a veteran government affairs lobbyist for Public Citizen, a left-leaning watchdog for greater transparency in government.

Gingrich formed a complex web of businesses. He penned books, including both fictional accounts of the Battle of Gettysburg and nonfiction tomes such as “Winning the Future.” He hit the lecture circuit as well.

Capitalizing on his political profile, Gingrich created the for-profit Center for Health Transformation. Clients, many of them big pharmaceutical companies, paid his center huge sums — up to $200,000 — to hear his views, it was revealed later in the center’s bankruptcy proceedings. He insisted it was not a lobbying firm, and he was not a lobbyist. He charged corporate supporters “membership fees.”

Gingrich was paid handsomely for speaking to drug makers such as Denmark’s Novo Nordisk, which paid the center $1.2 million over six years. He also consulted for the Pharmaceutical Research and Manufacturers of America.

Gingrich severed ties with the center in order to run for president in 2012, and it filed for Chapter 7 bankruptcy soon afterward. Mitt Romney beat out Gingrich for the Republican nomination that year.

A historian with a doctoral degree from Tulane University, Gingrich continues to write books and said he will be working on expanding the GOP victories nationwide ahead of the 2018 midterm elections.

Serving as a private citizen, Gingrich said he could engage the executive and legislative branches and the Republican Party, “which is exactly what I did under the Bush administration.”

As to the Trump Cabinet, Gingrich said it would not be stacked with academics and Harvard University professors who hold no real-world experience.

“Trump is going to break the mold,” said Gingrich, an early supporter of Trump who had reportedly been on the short list for potential running mates.