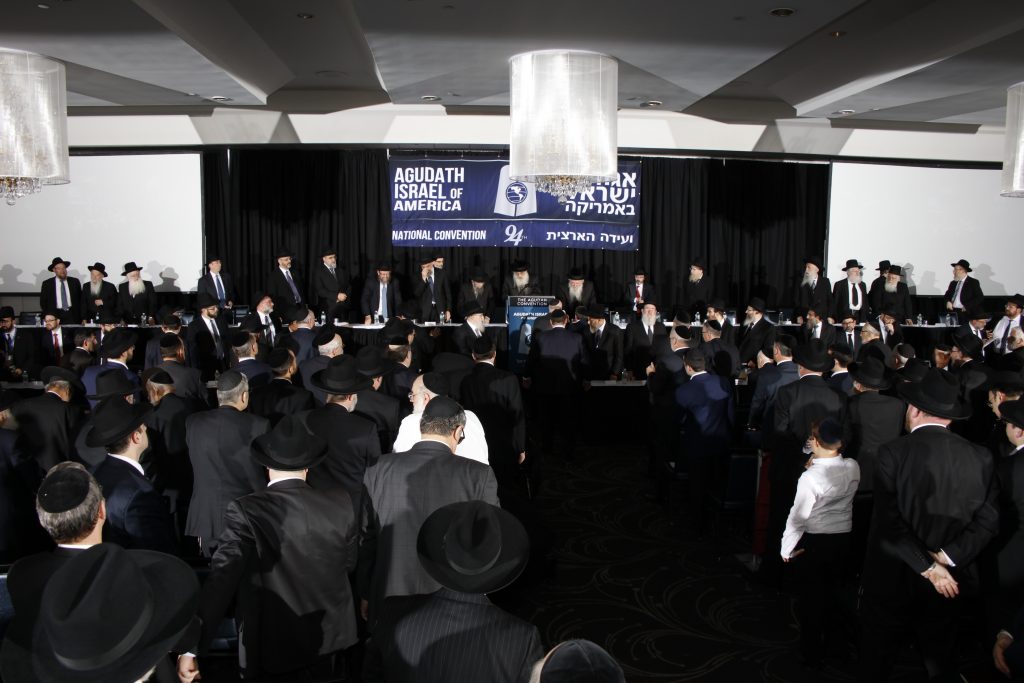 ‘We Are All Children of Avraham Avinu’

Addressing the theme “Understanding, Recognizing and Appreciating Who We Are,” the 94th annual convention of Agudath Israel of America commenced Thursday at the Crowne Plaza Hotel in Stamford, CT. Laymen and businessmen came together with Gedolim and Rabbanim at the much-anticipated annual event.. Rabbi Shlomo Soroka, Director of Government Affairs at Agudath Israel Of Illinois and convention coordinator, offered introductory remarks. Harav Yosef Frankel, shlita, Vyelipoler Rebbe, and Moetzes Gedolei HaTorah member, led the assembled in Tehillim. The keynote session was chaired by Rabbi Dovid Lefkowitz who said in his remarks that his chairmanship constitutes a continuation of the legacy of his esteemed father, Reb Yisroel Lefkowitz, z”l, who sought valiantly to perpetuate Agudath Israel’s ideals. He urged all to similarly involve their children in the organization’s great work as his father did with him and his brother Reb Shimon.

He noted the participation of Jason Greenblatt, ‎Executive Vice President and Chief Legal Officer at The Trump Organization.

Harav Kamenetsky noted that in terms of the convention theme, we are all children of Avraham Avinu and strive to follow the path that the Avos forged for us. He cited the Chasam Sofer who explained that although Avraham could have sat and learned Torah his entire life, he saw it as his duty to bring people closer to Hashem. After he reached out to the entire world and influenced them, as a result he grew much more than he would have had he used that time exclusively for himself. In our times the Rosh Yeshivah lamented, Yidden are, R”l, going lost and it should behoove us to endeavor to bring them back. We are all children of Avraham Avinu and therefore this is our avodah, said the Rosh Yeshivah.

A special guest expected at the convention is Harav Doniel Alter, shlita, a son of the Pnei Menachem, the Gerrer Rebbe, zt”l.

A comprehensive report on the convention, which will feature dozens of addresses and workshops throughout the four-day weekend, will, iy”H, appear in the weekly edition.