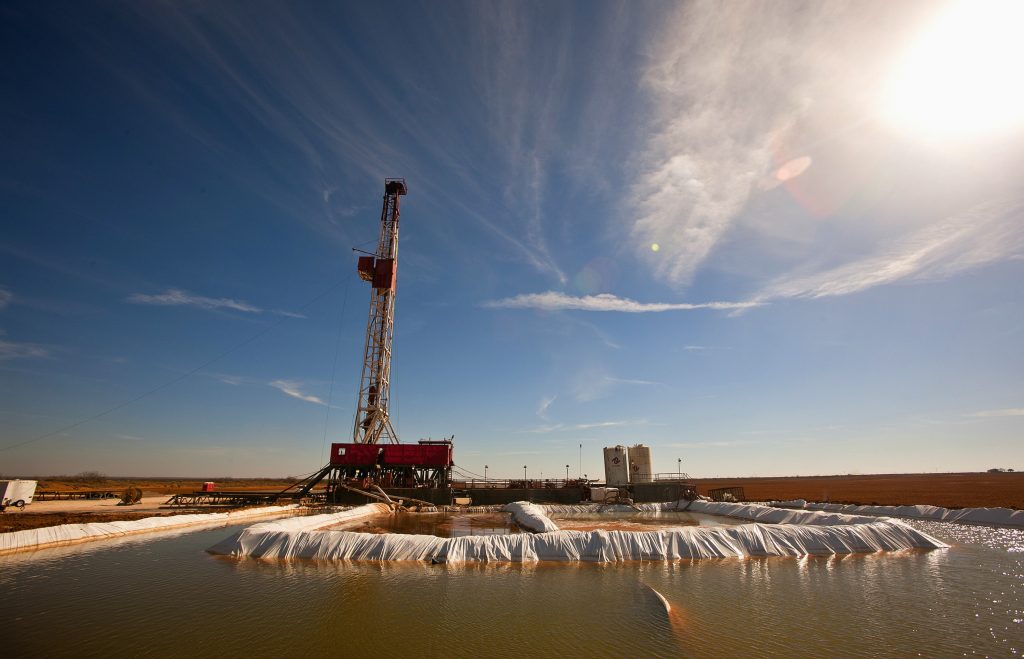 A vast field of shale rock in West Texas could yield 20 billion barrels of oil, making it the largest source of shale oil the U.S. Geological Survey has ever assessed, agency officials said.

The Wolfcamp Shale geologic formation in the Midland area also contains an estimated 16 trillion cubic feet of natural gas and 1.6 billion barrels of natural gas liquids, the agency said in a release.

The discovery is nearly three times larger than the shale oil found in 2013 in the Bakken and Three Forks formations in the Dakotas and Montana, said Chris Schenk, a Denver-based research geologist for the agency.

Geologists explain that oil recovered from shale rock is considered unconventional compared to other oil found in the ground because extracting it requires advanced drilling or recovery methods, such as hydraulic fracturing.

The Wolfcamp Shale is part of the sweeping and energy-rich Permian Basin, which includes a series of basins and other geologic formations in West Texas and southern New Mexico. It’s one of the most productive oil and gas regions in the U.S.

Ken Medlock, director of an energy-studies program at Rice University in Houston, said it seems “likely that we’re seeing the birth of a new Permian Basin.” The advent of horizontal drilling, hydraulic fracturing and other advancements will allow for the removal of shale oil at a volume that will make the basin “the dominant onshore platform for oil production,” he said.

Schenk said it’s been known for years that the region could yield new bountiful oil production, but it took the U.S. Geological Survey time to assess the Wolfcamp Shale and estimate the volume of that production.

“We think the potential is there for the future, and it’s not going to be realized overnight,” he said.

The release issued by the Geological Survey on Tuesday hints at the resurgence the oil and gas industry likely will see in Texas in the coming years following a downturn during which energy prices tumbled and tens of thousands of jobs were lost.

“The fact that this is the largest assessment of (unconventional) oil we have ever done just goes to show that, even in areas that have produced billions of barrels of oil, there is still the potential to find billions more,” Walter Guidroz, coordinator of the agency’s energy resources program, said in the release.

Medlock explains that there are multiple shales that interlock, with Wolfcamp being just one, so it’s expected that future drilling will unlock other oil fields that will be comparable to this week’s assessment by the Geological Survey.

There are a number of factors that will determine how quickly oil is extracted from the Wolfcamp Shale, he said, but it will likely take years before any significant amount is gathered. The rate of production largely depends on technology, the cost to drill and oil prices, he said.

While the speed of production remains a question mark, what Medlock doesn’t doubt is the economic benefit that will follow.

“The revival of the Permian Basin is going to last a couple of decades,” he said.