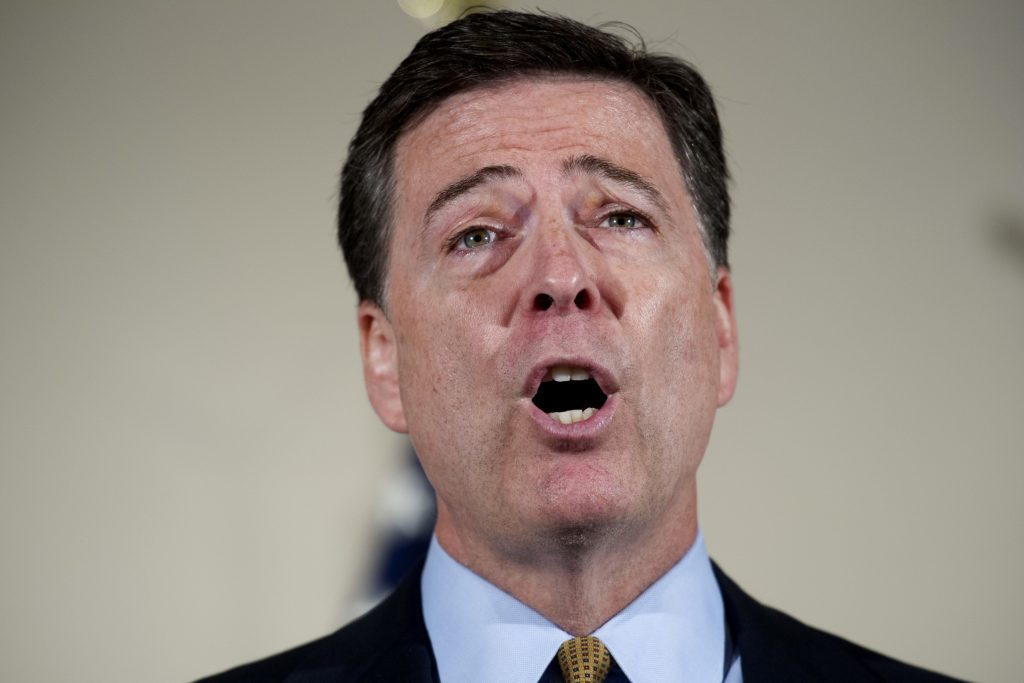 The election of Donald Trump may have saved James Comey’s job as FBI director — at least for the time being.

Comey’s stunning back-and-forth on the Hillary Clinton email inquiry less than two weeks before the election would have made it hard for him to stay had the Democrat won. But his moves cost him allies in both parties and prompted questions about whether he politicized the bureau and would be able to remain in office for long during a Trump administration, too.

“The way the email investigation played out, he’s got both Republicans and Democrats mad at him and suspicious of his motives,” said Stewart Baker, a former general counsel at the National Security Agency. Baker said he respects Comey.

While the FBI chief has a 10-year term to help insulate him from political pressure, there was little precedent for having the bureau make such a public move — revisiting and then ending a probe that had weighed heavily on Clinton’s fortunes — so close to a national vote. His move prompted criticism from both Attorney General Loretta Lynch and President Barack Obama. Sen. Chuck Grassley, an Iowa Republican, said Comey “left a lot more questions than answers” in how he communicated his decisions to Congress.

Now it’s unlikely Comey would voluntarily resign before Trump takes office in January and the two have a chance to talk one-on-one, according to six current and former U.S. national security officials who asked not to be identified. And with Trump’s transition team still struggling to settle on nominees for key Cabinet and national security posts, Comey can expect to remain in the job at least until 2017, they said.

Trump himself told CBS’s “60 Minutes” during an interview broadcast Nov. 13 that he wasn’t sure if he would ask Comey to resign.

“I would like to talk to him before I’d answer a question like that,” Trump said. “He may have had very good reasons for doing what he did.”

With his transition team still debating who should head the State Department, Pentagon and Justice Department, Trump doesn’t have a long list of candidates to replace Comey. Those who might be considered include Republican Sen. Jeff Sessions of Alabama, Republican Rep.Trey Gowdy of South Carolina, and Frances Townsend, former homeland security adviser to President George W. Bush.

Two of the people interviewed said they believed Mike Rogers, a former Republican lawmaker, could have been a top pick to head the Federal Bureau of Investigation. But Rogers, who had led national security efforts on the transition team, left that role on Tuesday.

Comey might also relish the political isolation he now faces as a sign of how hardened and independent the bureau is, the two people said. The FBI declined to comment.

If Comey did step down, he would be succeeded, at least temporarily, by his deputy, Andrew McCabe. But McCabe might not be politically acceptable to Trump and his leadership team.

McCabe came under scrutiny when he helped oversee the Clinton investigation after his wife received donations from Democratic political organizations for a failed 2015 election bid for the Virginia state senate.

The FBI said in a statement at the time that McCabe “played no role” in his wife’s campaign “and did not participate in fundraising or support of any kind.”

“I don’t think he has to resign,” Baker said of Comey, adding that the director will keep the FBI’s interests paramount in his thinking.

“The day that he thinks his presence at the top is hurting the bureau is the day he’ll leave,” Baker said. “Whether things are that bad is hard to say. We’ll know in the next few months.”