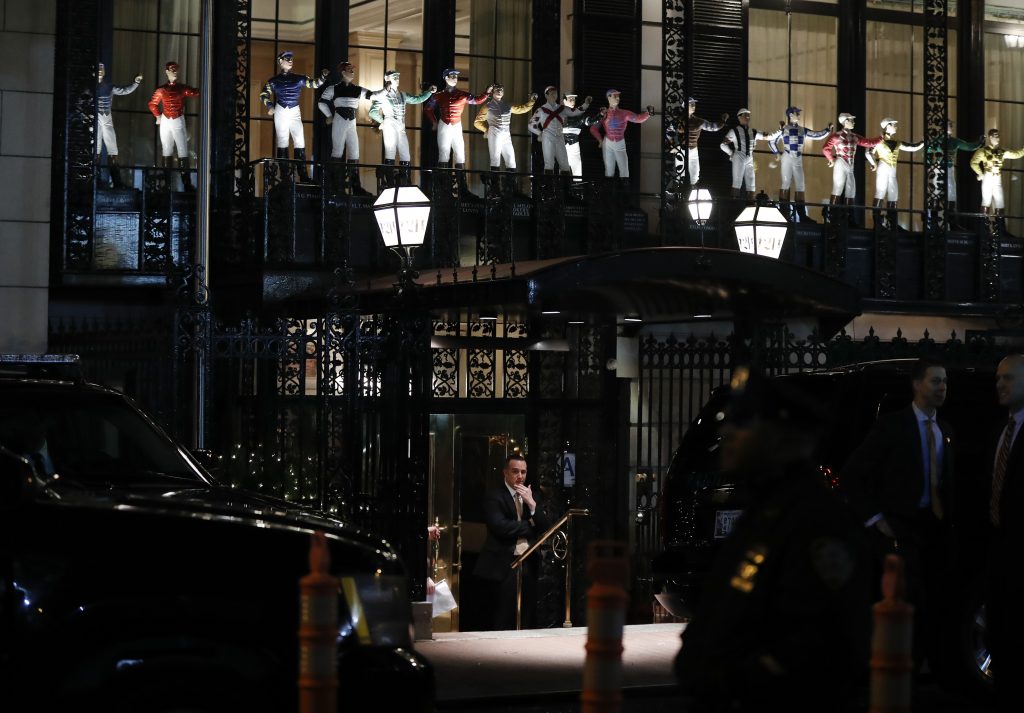 Donald Trump’s transition team said Wednesday it could have offered “better communication” after the incoming president emerged from his New York skyscraper Tuesday night for the first time in days and moved about the nation’s largest city without a pool of journalists to ensure the public has knowledge of his whereabouts.

Trump spent about two hours dining with family at the 21 Club, a restaurant a few blocks from his Trump Tower residence. Journalists were only aware that Trump was leaving home when they spotted a large motorcade pulling away from the building, including an ambulance with lights flashing.

Spokesman Jason Miller told reporters Wednesday that the transition team was trying to improve communication with the media and provide “timely and accurate information. Do we always bat 1,000? Not necessarily. Last night probably was an example of where there could have been a little bit better communication.”

The White House Correspondents’ Association said it was “unacceptable” that the president-elect had traveled without the regular pool of journalists in place to provide the public with information about his whereabouts. Trump officials have said they plan to respect the traditions of press access at the White House. WHCA President Jeff Mason said, “the time to act on that promise is now,” adding it was critical that journalists covering the president-elect “be allowed to do their job.”

The movement was a surprise given that Trump’s campaign had already called a “lid” — a signal to journalists that he would not be venturing out for the rest of the day. The practice is meant to ensure that journalists are on hand to witness, on behalf of the public, the activities of the president or president-elect, rather than relying on secondhand accounts.

Trump spokeswoman Hope Hicks issued the lid at 6:14 p.m. But just over an hour later, Trump’s motorcade left his residence. His whereabouts became clear only after a fellow diner tweeted a picture of the president-elect arriving at the restaurant.

Hicks said she was unaware that Trump planned to leave his home and had not intended to leave the press in the dark.

Miller said the Trump team was working toward setting up a protective pool in the near future but said that “for some in the media, unless they’re actually sitting at the table, seeing if he’s getting the chicken or the fish, that they will never be happy. And there always needs to be some balance for respecting some degree of privacy.”

Trump traveled from New York to Washington last week without a pool of journalists. He’s since spent most of his time inside his New York building, with his transition team offering few details about his schedule.

Every president and president-elect in recent memory has traveled with a pool of journalists when leaving the White House grounds. News organizations take turns serving in the small group, paying their way and sharing the material collected in the pool with the larger press corps.

The White House depends on having journalists nearby at all times to relay the president’s first comments on breaking news.

A pool of reporters and photographers was in the motorcade when President John F. Kennedy was shot and killed in Dallas. The pool was just steps away from President Ronald Reagan when he was shot outside a hotel in the District of Columbia, and was stationed outside his hospital as he recovered. The pool also travels on vacation and foreign trips and at times captures personal, historic moments of the presidency.