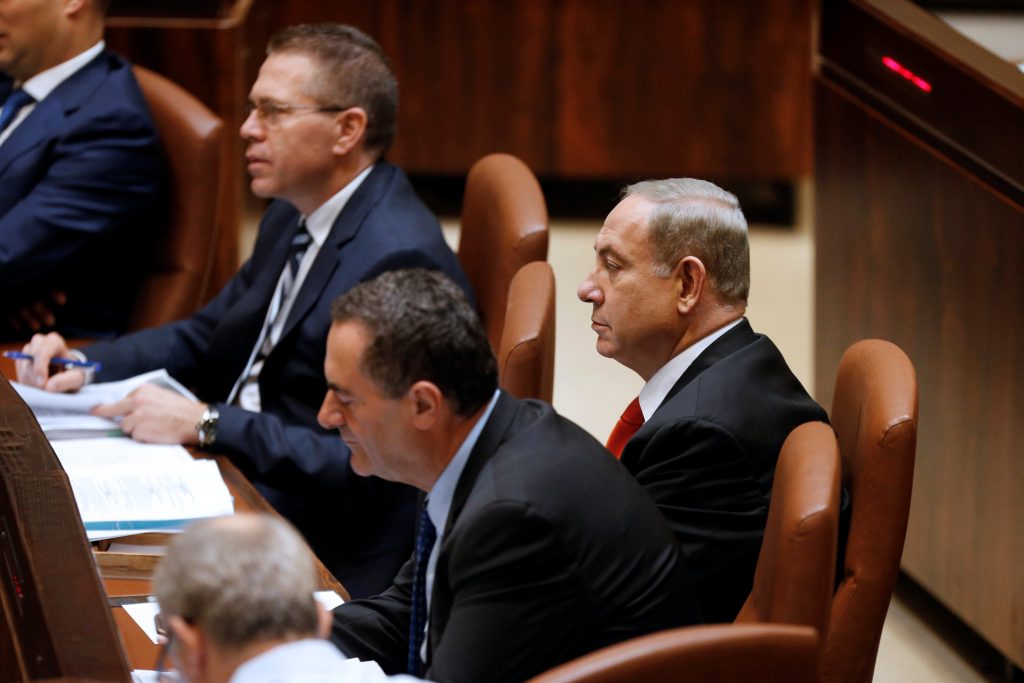 The Knesset gave preliminary approval on Wednesday to a bill that would enable the retroactive legalization of outposts built on private Palestinian land.

The law is designed to prevent the demolition of homes at outposts and settlements that were built in good faith, but later were discovered to be built on private land. That is the situation at Amona, where the High Court on Sunday confirmed its earlier ruling that homes built on the site must be demolished.

While it is likely too late to “save” Amona, the law will apply to many other sites, as well as to homes built by Arabs on Jewish land in areas like Yerushalayim.

The law was approved for legislation unanimously by the Ministerial Law Committee on Sunday, and passed in its first reading Wednesday, with 58 in favor and 51 against.

Although the law was initially opposed by Prime Minister Binyamin Netanyahu and Finance Minister Moshe Kachlon, the two came to an agreement to vote for the bill on Wednesday, to avoid a coalition crisis, but to come up with a different solution before the second and third votes, a process that could be lengthy.