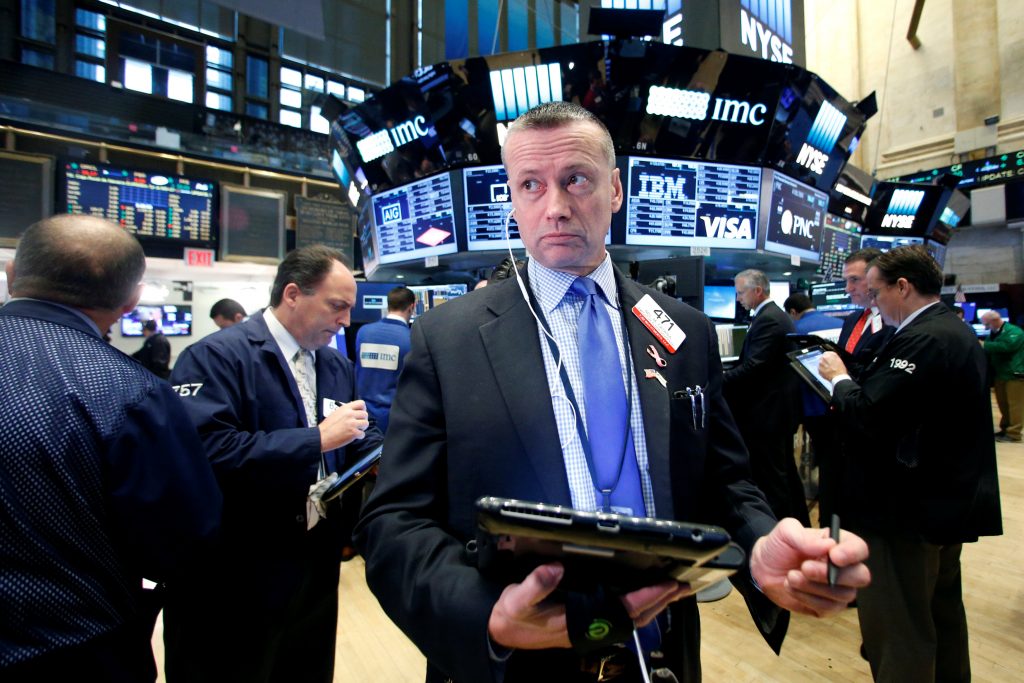 U.S. stocks are slightly lower Wednesday as banks return some of the huge gains they’ve made since the presidential election last week. The dollar continues to appreciate against other currencies and has reached its highest mark in 13 years. The price of oil is up further after a big rise the day before.

CURRENCIES: The ICE U.S. Dollar Index, which measures the dollar against six other currencies, rose to 100.38, its highest level since April of 2003. The dollar is rising in part because investors think the Federal Reserve will raise interest rates at a faster pace in response to inflation stemming from the increased spending that President-elect Donald Trump has proposed.

A stronger dollar hurts U.S. companies that do a lot of business overseas because it makes their products more expensive, and it affects their earnings when they are translated from other currencies back into U.S. dollars. However it makes imported goods cheaper for consumers in the U.S.

STAY ON TARGET: Retailer Target raised its profit forecast and its sales projections for the third quarter with the holiday season approaching. That came as the retailer gave a strong third-quarter report, as it put more emphasis on low prices after it stumbled in the second quarter. The stock gained $5.44, or 7.6 percent, to reach $76.88.

TJX, the parent of TJ Maxx and Marshalls, reported a bigger profit and better sales than investors expected and its stock rose $2.54, or 3.5 percent, to $76.03. That helped lead consumer stocks a bit higher.

LOWE’S LOWER: Home improvement retailer Lowe’s fell $2.51, or 3.6 percent, to $66.54. The company said traffic in stores was low during the third quarter, and Lowe’s reported a smaller third-quarter profit because of big charges connected to the end of its Hydrox joint venture, write-downs of canceled projects, and goodwill and impairment charges. Its rival Home Depot traded lower Tuesday after its quarterly report.

TECH RESET: Technology companies also moved upward as they continued a rally from a day earlier. Scientific instrument maker Agilent picked up $1.11, or 2.4 percent, to $46.51 after a strong earnings report, graphics processor maker Nvidia rose $5.38, or 6.2 percent, to $91.57 after it announced a collaboration with Microsoft, and Apple picked up $2.39, or 2.2 percent, to $109.50.

Tech stocks had weakened since the election. Trump’s policies might affect their sales in China and other key markets, and a big surge this summer had brought some technology stocks to all-time highs.

OIL: Oil prices were mixed. Benchmark U.S. crude picked up 11 cents to $45.92 per barrel in New York. Brent crude, which is used to price international oils, remained at $46.95 a barrel in London. The price of U.S. crude oil soared 5.7 percent on Tuesday as investors hoped the oil-producing OPEC countries will agree to a production cut that would boost prices.

Energy companies fell. They had rallied on Tuesday along with the price of crude oil.

BONDS: Bond prices were little changed. The yield on the 10-year Treasury note remained at 2.22 percent. Bond yields, which are used to set interest rates on many kinds of loans including mortgages, have risen to their highest levels since the beginning of the year as investors expect inflation to rise. Bond investors hate inflation because it erodes the value of the fixed interest payments that bonds pay.