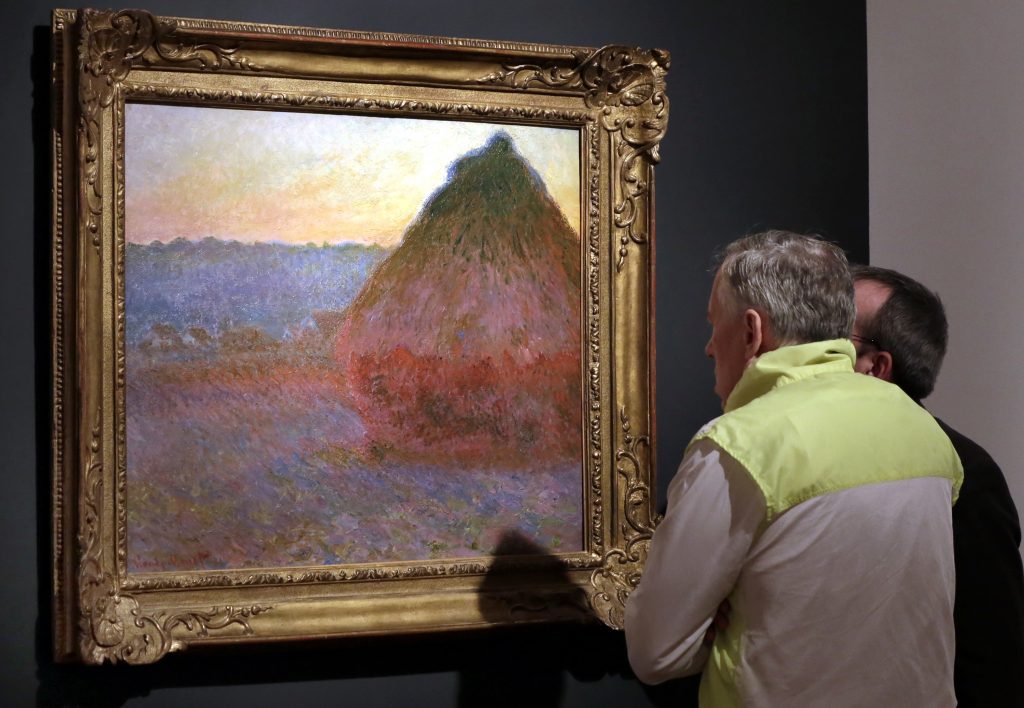 A painting from Claude Monet’s acclaimed “Grainstack” series is leading Christie’s auction of impressionist and modern art where it could realize around $45 million.

The 1891 painting, shimmering with hues of reds, pinks, blues and yellow, depicts a close-up of a single cone-shaped stack after harvest.

Monet’s “Grainstack” series — 25 in all — was painted just steps from his home outside a farmer’s field in the French village of Giverny.

The work being offered Wednesday night is one of a few still in private hands.

Among other highlights is a painting by Wassily Kandinsky that has not been on the market in more than 50 years.

“Rigid and Curved” was first owned by the Solomon R. Guggenheim Museum, which acquired it directly from the artist in 1936, a year after it was completed, according to Christie’s.

The auction house believes it could sell for between $18 million and $25 million, and possibly set an auction record for the Russian artist. The highest price ever paid for his work is $23 million in 2012.

A lively, colorful piece of geometric and organic shapes, it’s been in the same private collection since 1964.

Christie’s said the painting’s texture of sand mixed with paint was a technique Kandinsky used only in his Paris paintings of 1934-1935.