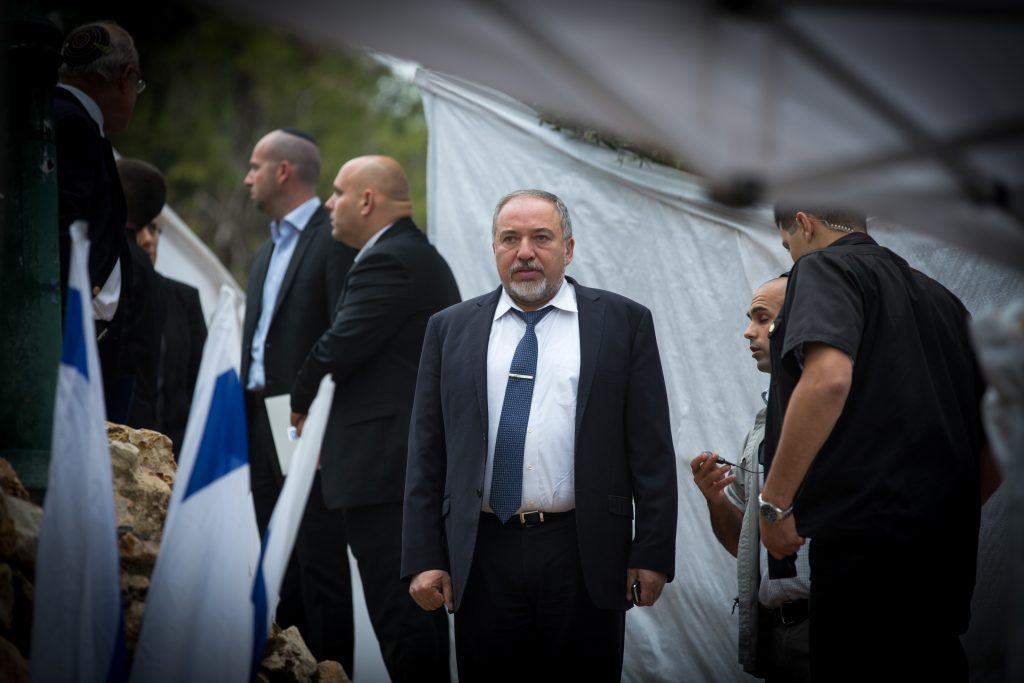 Defense Minister Avigdor Liberman said on Wednesday that understandings should be sought with the Trump administration for building in the Jewish blocs of Yehuda and Shomron, while maintaining a freeze in other parts of the region. But at the same time he cautioned Israeli leaders against presuming too much in public about what could be gained from the next White House.

“If we get permission from the new administration to build inside the blocs, I think we need to grab it with both hands,” he said.

Liberman cited the 2005 letter from then-president George W. Bush to Israeli prime minister Ariel Sharon as the basis for such an arrangement.

The Bush letter read, in part: “In light of new realities on the ground, including already existing major Israeli populations centers, it is unrealistic to expect that the outcome of final status negotiations will be a full and complete return to the armistice lines of 1949, and all previous efforts to negotiate a two-state solution have reached the same conclusion. It is realistic to expect that any final status agreement will only be achieved on the basis of mutually agreed changes that reflect these realities.”

“That may not be good for getting votes,” Lieberman noted. “But if I can concentrate construction where 80 percent of the Jewish population lives and not build outside of the blocs – that is a good thing.”

Liberman himself resides in Nokdim, which lies outside the consensus area.

However, as optimistic as he may be about reaching a modis vivendi with the Trump administration, he admonished right-wing coalition partners for going too far in making proclamations about future policy.

He revealed that Israel has received messages from Trump’s transition team to tone down comments and behave with “a bit more humility.”

Education Minister Naftali Bennett said following the election that the “the era of a Palestinian state is over.”

“The smartest thing we can do, instead of giving declarations, is to sit patiently and wait to see who is in the administration, who is in the key jobs, and then coordinate positions,” he said.

Prime Minister Binyamin Netanyahu was non-committal after Liberman’s remarks, saying on Wednesday night that he would “listen to the ministers and formulate the government’s stance vis-a-vis the new U.S. administration.” The response was reminiscent of past statements made by Liberman as foreign minister and defense minister which Netanyahu disavowed after they irritated the U.S. and European countries.

Deputy Foreign Minister Tzipi Hotovely (Likud) immediately disavowed Liberman’s comments, as solely his own and “do not reflect the stance of the government.”

“The new administration and the government of Israel will start the process of communication as is customary with Trump’s entering the White House, and every limitation on the Israeli right to build harms Israeli interests at this time,” she said.

Near the other end of the spectrum, Zionist Camp MK Tzipi Livni issued a rare word of support for the man who has for years been a target of his criticism: “Liberman is right.”

“Israel must enshrine vis-a-vis the Americans the commitment that I worked to get from Bush — against the right of return [for Palestinians] and for preserving the blocs,” the former foreign minister posted.