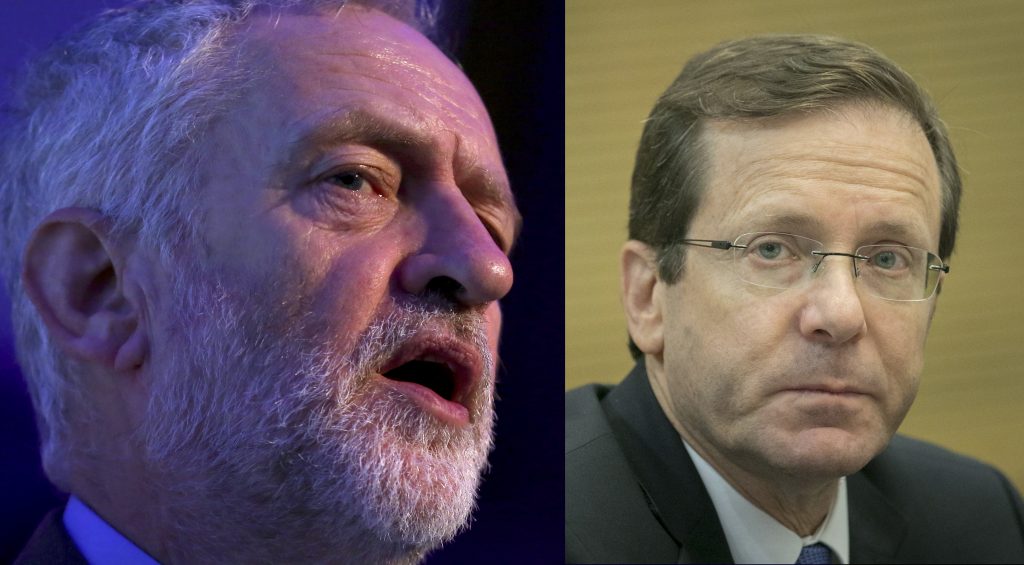 Israeli opposition leader Isaac Herzog has snubbed UK Labour party leader Jeremy Corbyn, informing him that he will not have time to meet with him on his upcoming trip to London, according to the Jewish News (UK).

A spokesman for Corbyn had said on Tuesday that a meeting would take place when Herzog comes to London later this month for the UK-Israel Shared Strategic Challenges Conference.

But on Wednesday, Corbyn’s office retracted, saying they were notified that Herzog can’t find time for it in his busy itinerary.

“It now doesn’t work with their schedule on this trip,” a spokesman said. “We’re looking forward to meeting on his next visit.”

The British and Israeli labor parties have a traditional link and normally friendly relations, but those have been strained in recent months due to the uproar over anti-Semitic and anti-Israel comments made by various members of UK Labour.

Herzog wrote to Corbyn earlier this year to invite him to lead a delegation to Yad Vashem, in hopes of enlightening his British counterparts on the persecutions of the Jewish people. Corbyn asked his deputy Tom Watson to go “on my behalf,” explaining that he had diary commitments “in the immediate” future. Herzog appears to have discovered a similar affliction.

Watson took part in a Labour Friends of Israel delegation to the country this week.