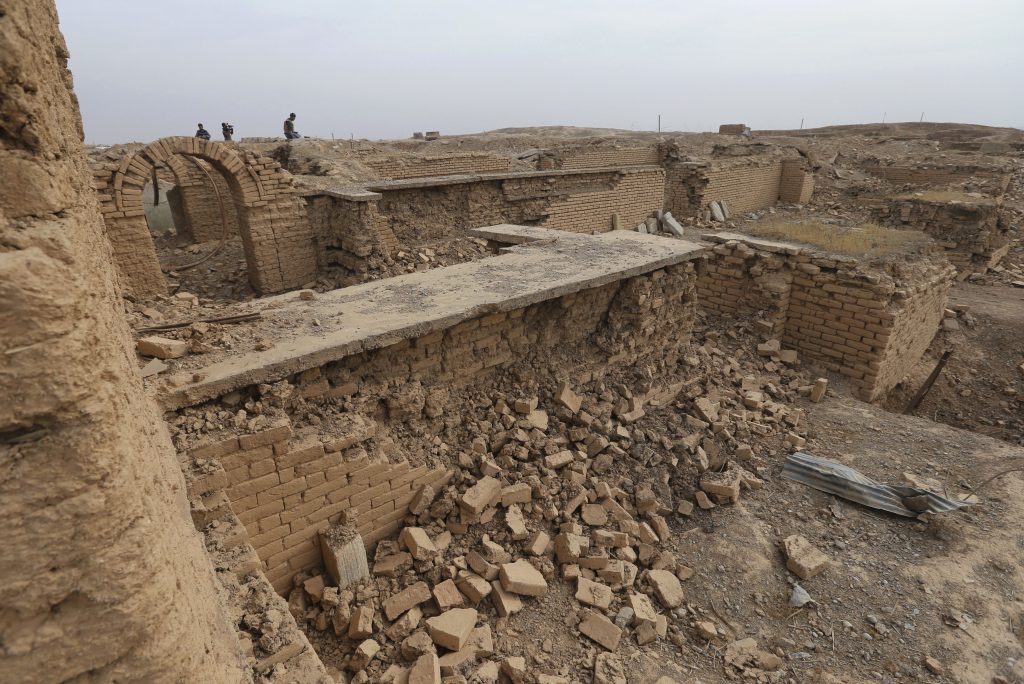 Nearly a month into the fight to retake Mosul, government forces pushed Islamic State out of nearby Nimrud, home to some of Iraq’s richest archaeological treasures. And when soldiers finally surveyed the terrorists’ destruction of the ancient sites, one said that those who carried it out “don’t have a place in humanity.”

Intricate reliefs that once stood at the gates to the magnificent Assyrian palacex lay in pieces: stone carvings of a face, half of a claw, part of a wing, fragments of script.

In April 2015, the Islamic State released a shocking video that showed how they had hammered, bulldozed and blew up parts of the 13th century B.C.E. Assyrian capital in the Tigris River valley south of Mosul.

Iraqi officers accompanied journalists to the site Wednesday, wandering through the piles of rubble and snapping photos of the damage that U.N. officials had once called “a war crime.”

The Assyrian Ziggurat, nearly 3,000 years old and once one of the tallest surviving buildings of the ancient world, has been leveled. On palace walls, only small fragments of stone carvings remained. Two Assyrian winged-bull statues that once marked the palace entrance have been completely destroyed. In a palace doorway, four deep cracks defaced a large carving of an Assyrian guardian spirit.

“I didn’t cry when Daesh destroyed my home, but I really cried when I saw the video of them destroying this site,” said Sheikh Khaled al-Jabouri, a tribal fighter from the Nimrud area. “These ruins are not just important to the people of this area, but to all of Iraq.”