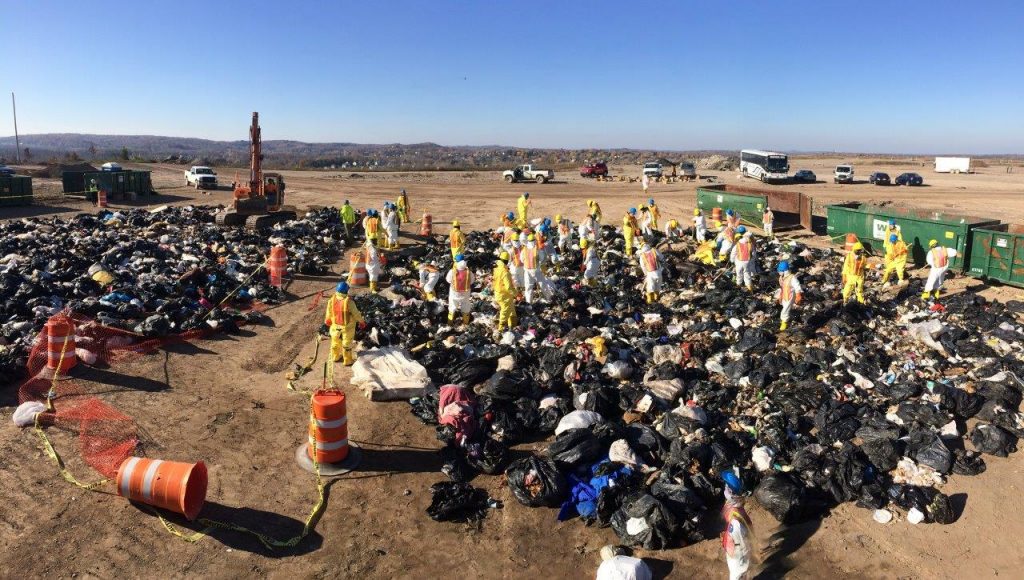 Members of the Satmar kehillah in Williamsburg have sifted through 300 tons of garbage at an upstate landfill in an unsuccessful search for a pair of tefillin that fell into a trash can.

Dozens of people made the five-hour bus trip upstate to search at High Acres Landfill for an embroidered tefillin bag caught on a surveillance camera tumbling from a cubby into a garbage can last week. The Sanitation Department told them that the trash was hauled by train to the landfill in Fairport, near Rochester.

The search party was forced to cut their mission short Wednesday after a torrent of rain began pouring. They returned home after searching about half the trash possibly containing the item; they may return next week.