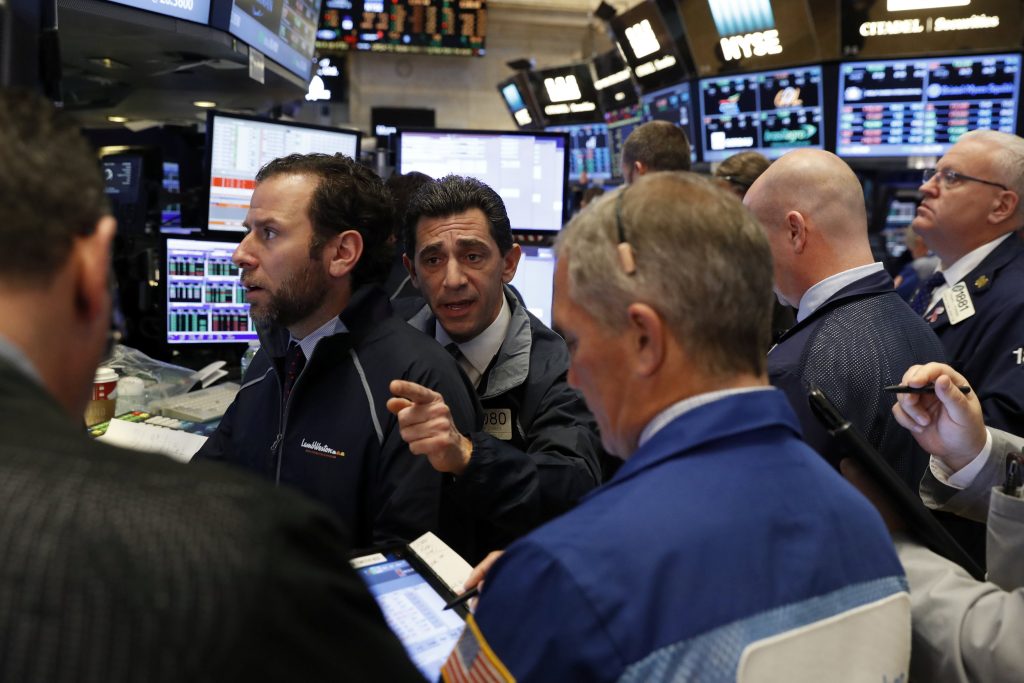 The major three U.S. stock indexes were higher on Tuesday as tech stocks rebounded from a post-election drubbing and energy stocks were boosted by a rise in oil prices.

The Dow Jones Industrial Average turned positive in late afternoon trading after taking a breather most of the day from its six-day rally.

The S&P technology sector was up 1.5 percent after falling about 3 percent since Donald Trump’s shock victory on Nov. 8, while the S&P financial sector was down 0.4 percent after rising 13.9 percent in the previous six sessions.

These sectors had reacted dramatically to the election, as investors moved money out of technology, which could be hurt by Trump’s immigration and foreign trade policies, and into financials, which are seen as beneficiaries of higher interest rates and lighter regulation expected from Trump.

“Right now we’re seeing a little bit of a reprieve,” said Marcelle Daher, co-head of North American asset allocation at John Hancock Financial Services in Boston. “Areas that have been perceived beneficiaries of the Trump presidency, financials and healthcare are giving back a little bit of ground they gained over the course of the last week.”

The S&P’s energy index’s 2.11 percent rise lead the advancers, as oil prices jumped as much as 5 percent from multi-month lows on expectations that OPEC will agree later this month to cut production..

Tech giants Microsoft, Amazon and Alphabet provided the biggest boost to the S&P and the Nasdaq.

But investors were still cautious about how Trump’s policies would compare to his campaign promises and were also keeping an eye on key appointments in his administration.

“Last week’s rally was basically a digestion of Trump’s win, and now that we’re past the digestion phase, the market is taking a bit of a breather and is waiting to see what lies ahead under a Republican government,” said Mark Watkins, regional investment manager at the Private Client Group at U.S. Bank in Park City, Utah.

High-dividend paying sectors such as utilities and telecommunications also rose, following a steep selloff in the past few days.

U.S. retail sales rose more than expected in October as households bought motor vehicles and a range of other goods. The Commerce Department said on Tuesday retail sales increased 0.8 percent last month, above the 0.6 percent increase forecast by economists.

Home Depot fell 3.6 percent to $123.13 after the No. 1 U.S. home improvement chain reported strong third-quarter results but stood pat on its full-year sales forecast, implying a weaker-than-expected fourth quarter. The stock was the biggest drag on the Dow.

Advancing issues outnumbered declining ones on the NYSE by a 2.47-to-1 ratio; on Nasdaq, a 1.50-to-1 ratio favored advancers.