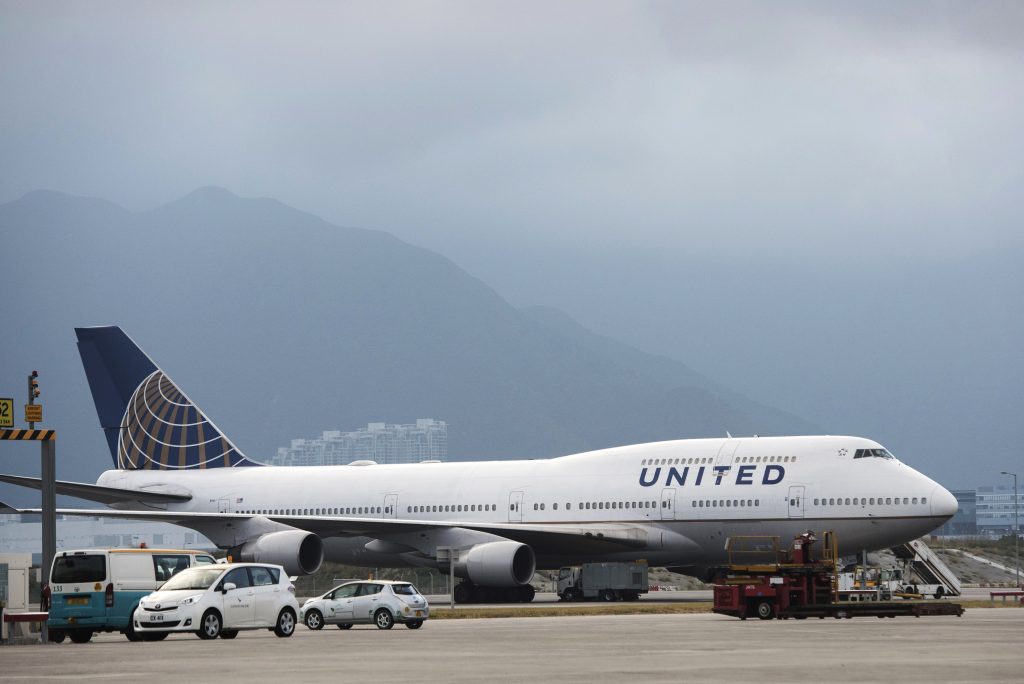 United Continental Holdings will defer delivery of 61 of Boeing’s smallest passenger jets as the airline seeks to close its profit gap with Delta Air Lines and American Airlines.

United plans to convert the order to the larger, newer Boeing 737 Max to be delivered at an undetermined date, slowing near-term capacity growth as recent hires President Scott Kirby and Chief Financial Officer Andrew Levy start to reshape the fleet strategy. The shift will trim spending by $1.6 billion over the next two years, according to a statement Tuesday by the Chicago-based carrier.

The fleet changes are part of $4.8 billion in initiatives intended to bolster the airline’s profitability through 2020. Chief Executive Officer Oscar Munoz is looking for ways to elevate profit margins and match Delta, which has led the industry in recent years. United’s operating profit amounted to 13.6 percent of sales last year, trailing Delta’s 19 percent margin and American’s 15.1 percent.

United climbed 2.8 percent to $64.71 at 11:51 a.m. in New York, a day after Warren Buffett’s Berkshire Hathaway Inc. said it had invested in the airline and three major rivals. Berkshire is an “anchor tenant” investor, Munoz said in a meeting with analysts. United’s gain was the second biggest on the Bloomberg U.S. Airlines Index, which rose 1.6 percent.

United unveiled other efforts to reap greater revenue and savings from its worldwide route network. Improvements in the way the airline forecasts demand and manages seats is expected to generate an extra $900 million annually. Cost-cutting moves will save another $700 million by 2020, compared with last year’s level.

The airline also joined Delta in rolling out a new Basic Economy fare, which will go on sale in January with discounted tickets that have fewer benefits than traditional Economy tickets.

Customers buying United’s new offering will not be entitled to store a bag in the overhead bin — a departure from the practice of Delta, which already has a low-price fare. Passengers in Basic Economy will be able to bring a small personal item on-board and store it under the seat. United’s approach will resemble the policy of discount carrier Spirit Airlines Inc., which charges extra for carry-on bags.

Basic Economy will anchor United’s efforts to “segment” its cabins, or create additional fare classes with different amenities and privileges. The company also is evaluating adding a Premium Economy cabin, which would have wider seats than traditional coach and come with more amenities. United hopes to generate another $1 billion with these new cabin offerings.

The airline is conducting a long-term review of its fleet plan, executives said. Potential moves range from adding more used aircraft to refining its long-haul aircraft amid an uncertain economic climate.

The company is also reshaping its domestic strategy. United had ordered 65 of Boeing’s 737-700 jets in two batches over the past year, taking advantage of attractive prices for aircraft near the end of their production run after reviewing Bombardier’s C Series to replace flying handled by regional affiliates.

In a switch, the carrier is bolstering its United Express regional fleet. United will now acquire 24 of Embraer’s E-175 regional jets that earlier were going to be purchased by Republic Airways Holdings Inc. Republic is expected to operate the jets on behalf of United.

Meanwhile, United is switching four of the current generation 737s on order to the -800 variant to be delivered over the next two years as planned. The new strategy will leave United with a fleet of 150 Max, including 99 of Boeing’s largest narrowbody model. The U.S. planemaker plans to start delivering the upgraded 737 family next year with the Max 8, followed by the Max 9 in 2018.

“We’re excited that United will be adding even more MAXs to its future fleet, and we appreciate their confidence in the airplane,” Doug Alder, a Boeing spokesman, said by email. “We constantly work with our airline customers to meet their evolving needs, and our healthy 737 backlog of 4,321 airplanes gives us the flexibility to meet those needs.”