Politics No Role for Carson in Trump Administration
Politics 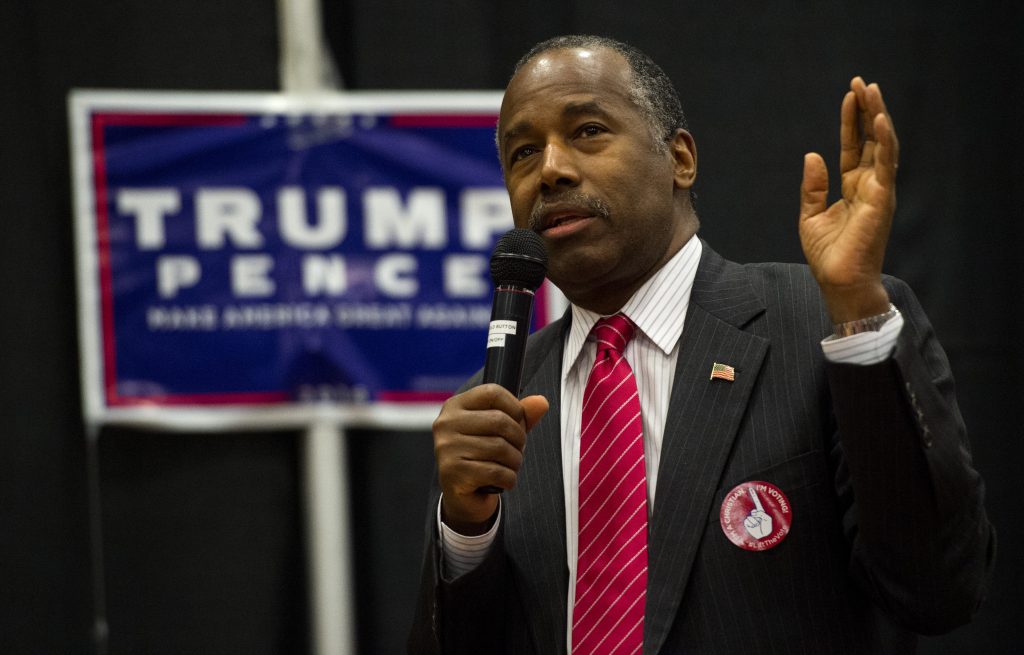 Retired neurosurgeon Ben Carson will not be taking a position in President-Elect Donald Trump’s administration.

Carson business manager Armstrong Williams told The Associated Press that Carson has opted out of being considered for any cabinet or other administration positions, including leading the Department of Health & Human Services or the Department of Education.

Carson had never been formerly offered a position in the Trump administration, but Williams says the president-elect had made clear he wanted his former rival-turned-adviser in some role.

“Dr. Carson feels he has no government experience, he’s never run a federal agency,” Williams told The Hill newspaper. “The last thing he would want to do was take a position that could cripple the presidency.”

Williams told AP that Carson “always knew that he could be more effective with the president-elect outside the administration.”