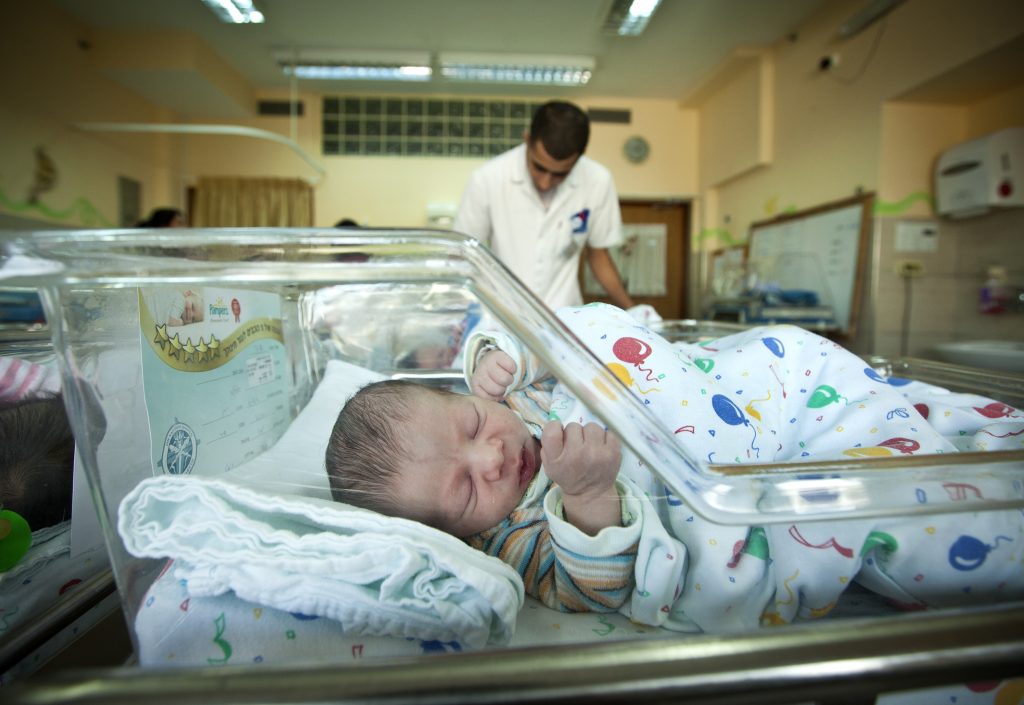 For the first time, Israeli Jews and Arabs have the same birthrate. Statistics released Tuesday by the Central Bureau of Statistics in honor of International Children’s Day show that Jewish and Arab women both bear an average of 3.13 children, with the Jewish birthrate increasing and the Arab rate decreasing.

Overall, the town with the highest percentage of children is Modi’in Illit, where 64.4 percent of the population is 17 and under. Next in line are two other chareidi towns, Beitar Ilit (62.8 percent) and Elad (60.5 percent). In Kochav Yaakov, young people made up 55.8 percent of the population. Also topping the list are Bedouin towns, including Hura (57.7 percent), Arara-Negev (56.5 percent), Kasfiya (54.4 percent) and Rahat (53.1 percent).