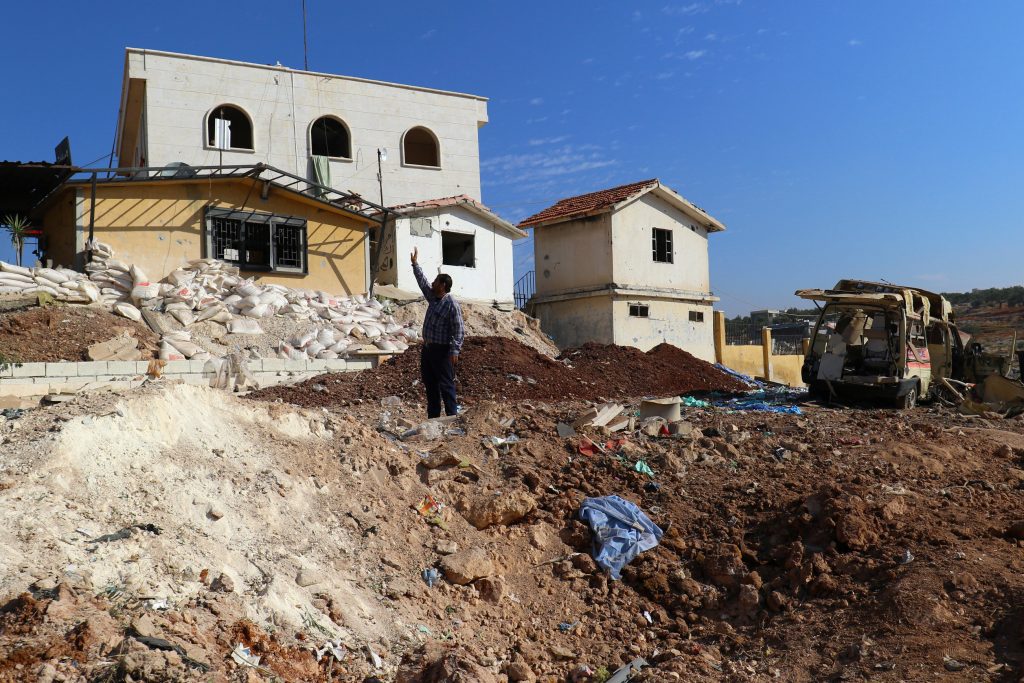 Airstrikes hit several districts in rebel-held eastern Aleppo for the first time in weeks on Tuesday as warplanes rumbled overhead, a civil defense official and a resident said.

It added that some of the strikes were carried out by helicopters dropping barrel bombs.

“Our houses are shaking from the pressure. Planes are soaring above us and the bombardment is around us,” said Modar Shekho, a resident of eastern Aleppo.

Aleppo has become the fiercest front in Syria’s five-and-a-half-year war, pitting President Bashar al-Assad’s forces, supported by Russia, Iran and Shiite militias, against mostly Sunni rebels including some backed by Turkey, the U.S. and Gulf monarchies.

The city has been divided for years between a government-held western sector and rebel-held eastern districts.

The army and its allies managed to besiege eastern Aleppo this summer and launched a big offensive backed by a heavy bombardment in September, but in recent weeks Moscow has said it was observing a pause in air strikes.

“It’s all air strikes and parachute bombs. Today, the bombing is violent…. There hasn’t been this kind of attack in more than 15 days,” said civil defense official Ibrahim Abu al-Laith in Aleppo.

The Syrian military could not be reached for comment.