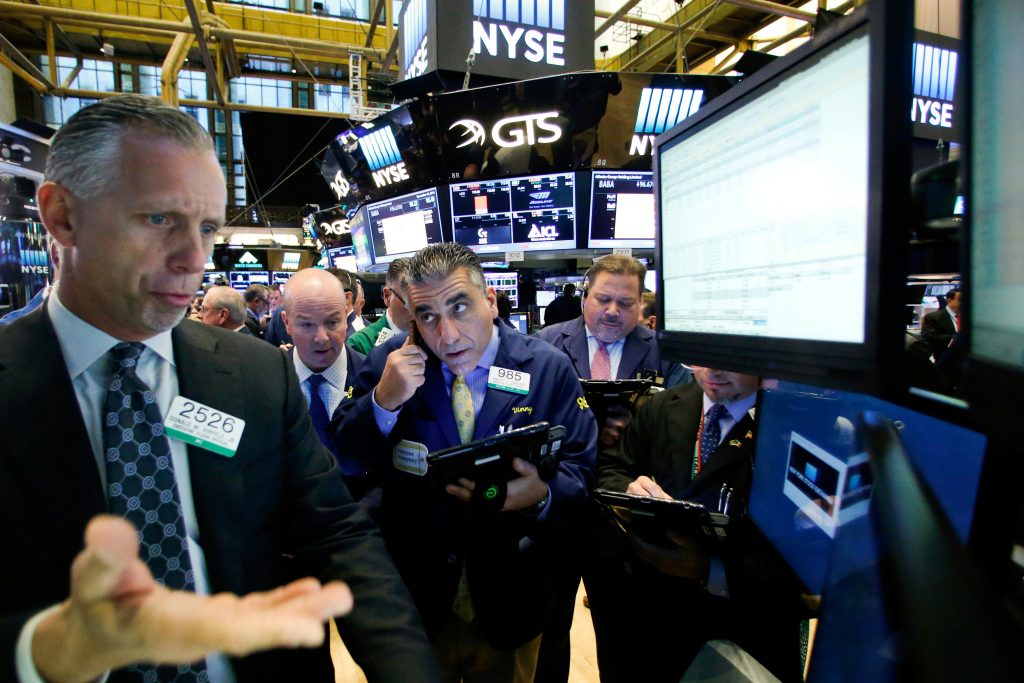 The tech-heavy Nasdaq Composite has remained under pressure as investors pour more money in other sectors that are seen benefiting from Trump’s policies.

The S&P technology index’s 2.08 percent fall led the decliners, with the index having lost more than 3 percent since the election last week.

Apple was down 3.4 percent and weighed the most on the Nasdaq and the S&P 500, followed by Facebook and Microsoft. Visa’s 5.5 percent fall dragged the Dow.

The Dow, which capped off its best week in five years on Friday, hit another record-high just after the start of trading but soon lost those gains.

Since Trump’s triumph last Tuesday, investors have been betting on his campaign promises to simplify regulation in the health and financial sectors and boost spending on infrastructure.

However, analysts said investors want specific details regarding Trump’s policies and are also awaiting key appointments in his administration.

“In any election cycle, many candidates make a lot of election promises and obviously they can’t deliver for a variety of reasons on all these promises,” said Mohannad Aama, managing director at Beam Capital Management in New York.

“Right now during this transition period, there is a lot of pricing in the unknown.”

The financial index rose 1.77 percent, with Goldman Sachs and JPMorgan providing the biggest boost. The index has risen over 8 percent in the last three sessions on hopes of deregulation and higher interest rates.

The industrial index was also up 0.36 percent, buoyed by prospects for increased infrastructure outlays.

The risk of faster domestic inflation and wider budget deficits if Trump goes on a spending binge sent yields on U.S. Treasury and other benchmark global bonds higher. The dollar index surged to an 11-month high.

Yields on the U.S. 10-year Treasury notes climbed to their highest since January on Monday at 2.30 percent, while 30-year paper shot above 3 percent.

The central bank is widely expected to raise interest rates at its December meeting, with traders pricing in a 91 percent chance, according to CME Group’s FedWatch tool.

Oil fell more than 2 percent to its lowest in three months, as the prospect of another year of oversupply and weak prices overshadowed chances OPEC will reach a deal to cut output.

Harman International rose 25.1 percent to $109.66 after Samsung Electronics announced an $8 billion deal to buy the company.

Mentor Graphics surged more than 19 percent to a record high of $36.55 after Siemens agreed to buy the company in a $4.5 billion deal.