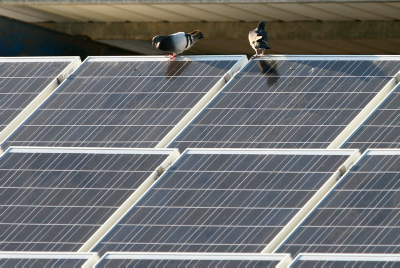 The U.S. Department of Energy (DOE) and Israel’s Ministry of National Infrastructure, Energy and Water Resources, along with the Israel Innovation Authority have announced a $4 million investment for five newly selected clean energy projects as part of the Binational Industrial Research and Development (BIRD) Energy program.

U.S. Secretary of Energy Dr. Ernest Moniz stated in an announcement published by the DOE: “The collaboration through BIRD Energy leverages the work of top energy scientists in the U.S. and Israel which will help both nations continue to work together to foster research and development efforts, build on the ambitious goals of the Paris Agreement and to drive down the costs of clean energy technologies.”

Dr. Yuval Steinitz, Minister of National Infrastructure, Energy and Water Resources said: “The climate change and clean energy challenges cross borders, and that’s where collaborative projects emerge and succeed, The great minds and capabilities from Israel and the U.S. together with the MIEW and DOE continuous support to the BIRD Energy program, does and will drive technological developments for the Clean Energy market in both countries and worldwide.”

Avi Hasson, Chairman of the Israel Innovation Authority said: “Israel Innovation Authority is proud to support the BIRD Energy activities, which is another important step in promoting bilateral cooperation in innovation between Israel and the United States. The cooperation in clean energy is particularly important,  helping to combat global climate change and integrating into the countries’ efforts to implement the Paris Agreements, in addition to its contribution to economic growth in both countries.”

The BIRD Foundation works to encourage cooperation between Israeli and American companies in a wide range of technology sectors by providing funding and assistance in facilitating strategic partnerships for developing joint products or technologies. During its 38 years, the BIRD Foundation has invested in more than 900 projects, which have yielded direct and indirect revenues of about $10 billion.

BIRD Energy began in 2009 as a result of the Energy Independence and Security Act of 2007. Since then, BIRD Energy has funded 32 projects, with a total investment of about $26 million, including the five selected projects announced Monday, which will leverage cost-share for a total project value of $8.6 million. The program encourages cooperation between Israeli and American companies through funding joint research and development in a range of clean energy subsectors including energy efficiency, biofuels and solar energy.

“Celebrating its eighth anniversary, BIRD Energy has demonstrated how the U.S. and Israel can effectively cooperate to develop innovative clean energy technologies. We are pleased that both the U.S. and Israel are committed to continuing this program on a long-term basis,” said Dr. Eitan Yudilevich, executive director of BIRD Foundation.