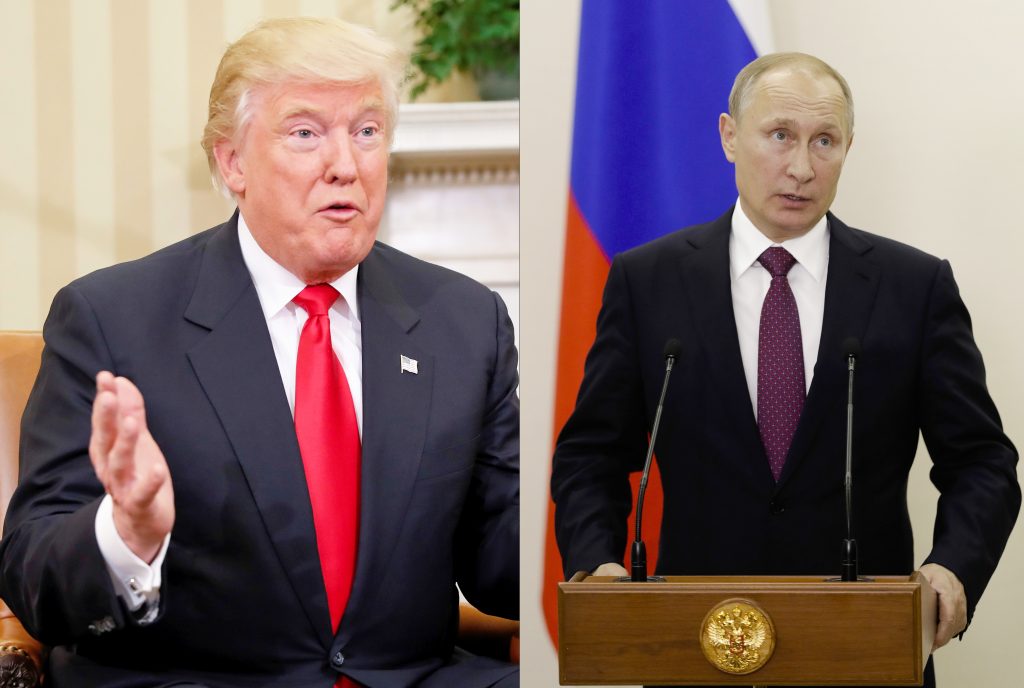 “President-elect Trump noted to President Putin that he is very much looking forward to having a strong and enduring relationship with Russia and the people of Russia,” Trump’s office said in a statement.

The Kremlin, in a far more specific and longer readout, said that Putin congratulated Trump on his victory and expressed Russia’s readiness to “establish a partner-like dialogue with the new administration on the basis of equality, mutual respect and non-interference in domestic relations.”

Trump’s office said that Putin called him to “offer his congratulations on winning a historic election.”

“During the call, the two leaders discussed a range of issues including the threats and challenges facing the United States and Russia, strategic economic issues and the historical U.S.-Russia relationship that dates back over 200 years,” it said.

In its readout, the Kremlin added that both Putin and Trump agreed that the U.S.-Russian ties are in “extremely unsatisfactory” condition now.

“They spoke for active joint work to normalize ties and engage in constructive cooperation on a broad range of issues,” it said, adding that Putin and Trump emphasized the need to develop trade and economic cooperation to give a strong basis to U.S.-Russia relations.

Putin and Trump also agreed on the need to combine efforts in the fight against their No. 1 enemy — “international terrorism and extremism” — and discussed the settlement of the Syrian crisis in that context, according to the Kremlin. How to fight side-by-side in Syria, where Russia supports President Bashar Assad and the U.S. supports rebels fighting against him and the Islamic State, has been one of the key sticking points between President Barack Obama and Putin.

It said that Putin and Trump agreed to continue phone contacts and to plan a personal meeting in the future.

Trump’s statement Monday said he looked forward to a “strong and enduring relationship” with Russia. During the campaign, he outlined few specifics as to how he would go about it. President Barack Obama began his presidency with a goal to “reset” ties with Russia, but they eventually plunged to the lowest point since the Cold War over the conflicts in Ukraine and Syria.

Throughout the campaign, the Kremlin insisted that it had no favorites and rejected the claims of interference in the U.S. election. Russia’s state-controlled media, however, made no secret of their sympathy for Trump.