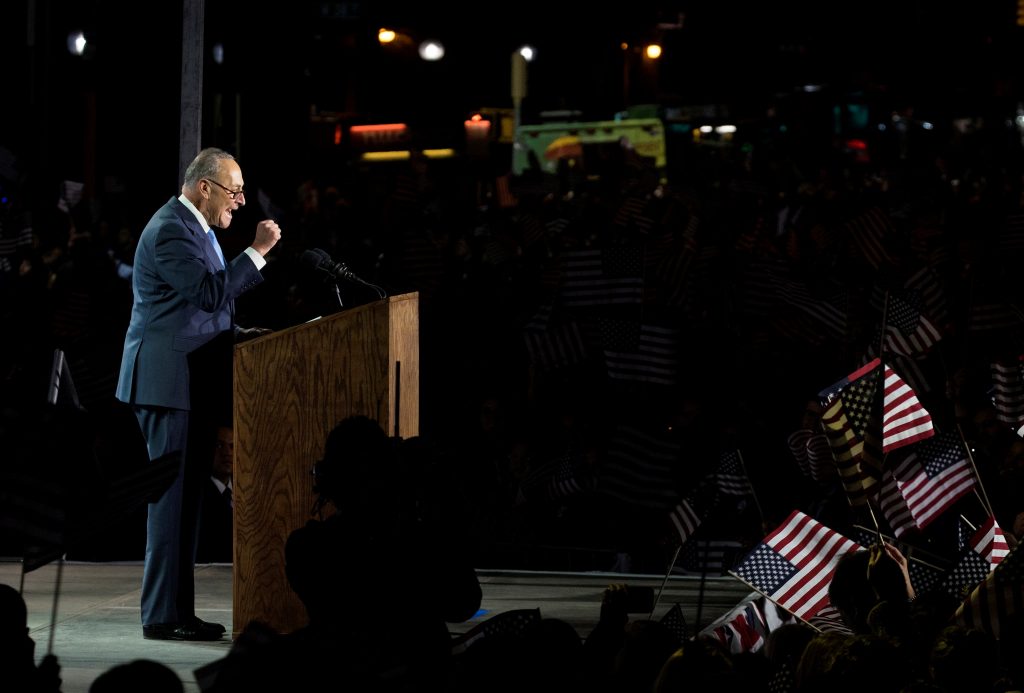 About 40 people showed up at the office of New York Sen. Charles E. Schumer on Monday to stage a sit-in, calling on him to step aside as a candidate for Senate minority leader and to allow Vermont independent Sen. Bernie Sanders to take the position.

“People here are either going to meet with Schumer or get arrested,” said Waleed Shahid, a leader of the group All of Us 2016, which organized the protest.

Two staff assistants stared at their computer screens in Schumer’s Hart Building office, while trying to ignore the sit-in in front of them.

The protest began at about 11:30 a.m. The group said they hoped this would be the start of many protests against “Wall Street Democrats,” whom they blame for Donald Trump’s election as president.

“Our goal is to show the Democratic Party needs new leadership and they failed to protect us,” Shahid said. “We want Chuck Schumer to withdraw his name.”

Aside from Sanders, All of Us 2016 would also support Massachusetts Sen. Elizabeth Warren for minority because she also has “repeatedly tried to change the party in a different direction,” Shahid said.

The group chanted, “Forward together, not one step back,” and “Chuck Schumer grow a spine, our lives are on the line,” while holding two large banners, one of which read, “Wall St. Democrats Failed Us.”

Shahid said the group formed about a month before the election. It plans to launch similar protests in the offices of other Democratic senators “who don’t do everything they can to filibuster Trump’s legislation that promotes his hatred or his greed.”

“A lot of us are willing to go to jail,” he added.

At 12:35 p.m., protesters moved to the hallway outside the office. Capitol Police officers started making arrests about 10 minutes later.