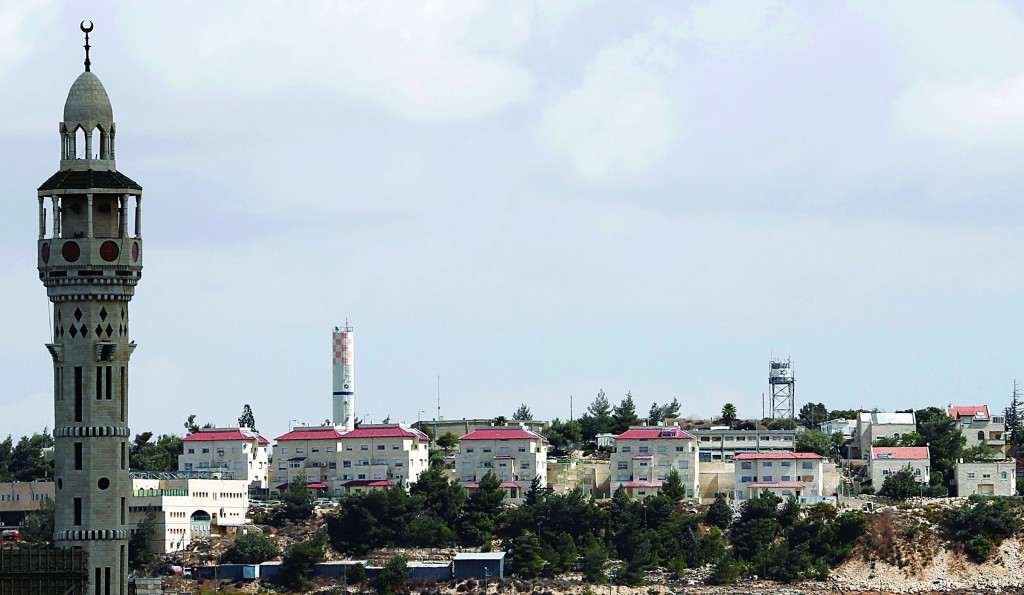 The Palestinian Authority on Monday condemned in strong terms two laws approved for a Knesset vote by the Ministerial Law Committee – both the settlement arrangements law, and a law to prevent the use of loudspeakers to announce prayers at mosques.

The latter was especially protested by Arab MKs and PA officials. In a statement, PA chief Mahmoud Abbas said that the move was “an extremely serious one that will bring tragedy to the region. These laws are unacceptable, and we will refer our complaints to international institutions,” including the U.N. Security Council.

Top PA cleric Yussuf Adais said that forcing mosques to give up loudspeakers “is racist and will bring upon is a religious war.” Adnan Al-Husseini, the PA’s governor of the Jerusalem region, said that the matter was also political. “The muezzin’s call to prayer is a symbol of the Palestinian presence in Jerusalem, and they are trying to erase this.”

In its own statement, Hamas said that the law was “a dangerous development and another attempt to change the status of Jerusalem, and to erase its Islamic identity. It is forbidden to interfere with religious ceremonies. This is a move that will jar the feelings of all Muslims.”

The law, proposed by Jewish Home MK Motti Yogev, claims that the use of speakers to call Muslims to prayers at mosques is a violation of laws against excessive noise, and violates the quality of life of non-Muslims, “Hundreds of thousands of Israelis in the Galilee, Negev, Yerushalayim, Tel Aviv-Jaffa and other places in Israel suffer on a regular basis as a result of the muezzin’s call to prayers,” Yogev wrote in an introduction to the bill. “The excess noise is generated by sound systems which harm the sleep and rest of Israelis numerous times a day, especially in the early mornings and at night.”

His proposal, wrote Yogev, “emphasizes the idea that freedom of religion does not have to harm quality of life, and recommends that the use of sound systems to call people to prayer or to send out other messages be banned.”

The law was approved for legislation Sunday night at a meeting of the Ministerial Law Committee, passing unanimously. It is expected to come up for a vote on its first reading in the Knesset this week. After that, it will be sent to committee for discussion and preparation for being voted into law. Coalition sources said that the bill will probably be modified to impose not a cessation of the use of loudspeakers, but a decibel limit on how loud they can be.

Speaking at Sunday’s Cabinet meeting, Prime Minister Binyamin Netanyahu expressed strong support for the law. “Israel supports freedom of religion for all, but not at the expense of other citizens,” he said. “In the United States and Europe there are laws limiting the volume of the call to prayers … this is not racist.”

In response, Arab MK Jamal Zahalka said that the situation in those places were different. “This is not Europe, the muezzins were here before the state was established,” he said. “Netanyahu has a chronic case of Islamophobia, and he needs to be treated immediately, because his symptoms are dangerous not only for him, but for everyone.” Instead of lowering the volume, Zahalka urged muezzins to raise the noise level. “Whoever does not like the sound of the call to prayer is invited to go back to the places where these sounds are not heard. It is not the sound of the muezzin that must be silenced, but the sound of racism emanating from the government and the Knesset.”