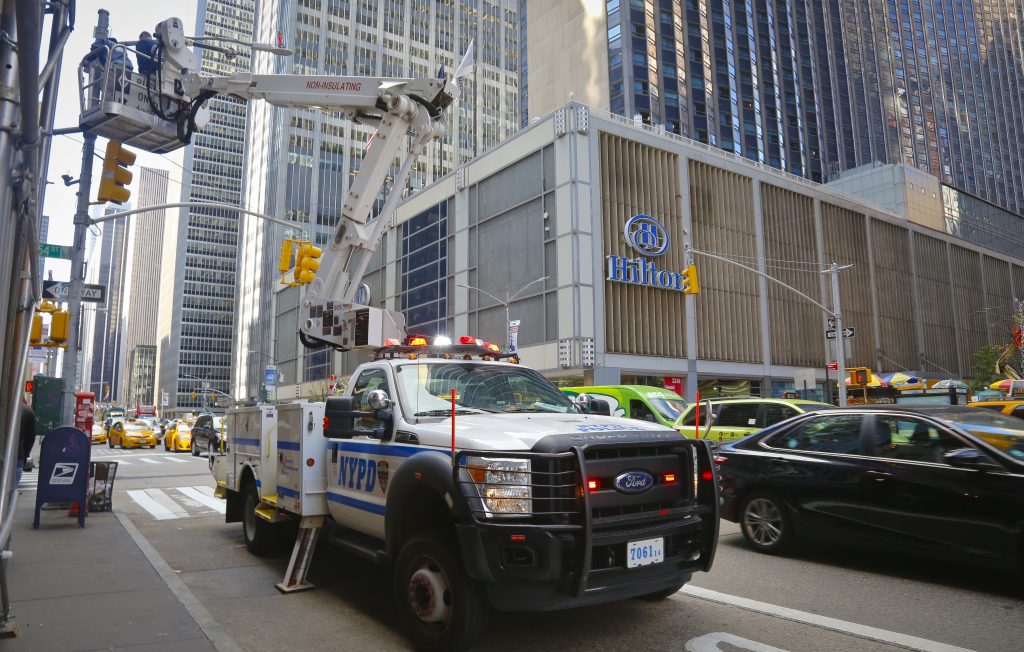 The NYPD is seeking to reassure New Yorkers after Islamic State encouraged truck attacks at the Thanksgiving Day parade later this month.

CBS2 reports that at a news conference Monday, John Miller, deputy director of Intelligence and Counter-Terrorism at the NYPD, said that the NYPD is preparing for all types of threats.

“We plan every major event the way the Police Department has always planned them, which is for traffic and crowds, but today, in a way that’s different from the way they were always planned, which is with a complex counterterrorism overlay,” said Miller.

The latest issue of IS’s Rumiyah magazine included pictures of the annual Thanksgiving Day parade and described how terrorists can carry out a truck attack.

“… A vehicle is plunged at a high speed into a large congregation of [unbelievers]… leaving behind a trail of carnage,” said the propaganda magazine.

Miller said that the NYPD has been training and preparing for a truck attack since the Bastille Day attack in Nice, France, killed nearly a hundred people.

“After the Nice attacks in France … the NYPD took a very proactive stance,” said Miller. “The Intelligence Bureau identified 181 locations that rent trucks to the public in the metropolitan area.”

“I think the overarching message is, come to the Thanksgiving Day parade. Have a good time. Bring the family. I always go and always bring mine,” Miller said.