World May: U.K. Will Back Free Trade; Farage Not a Trump Go-Between
World 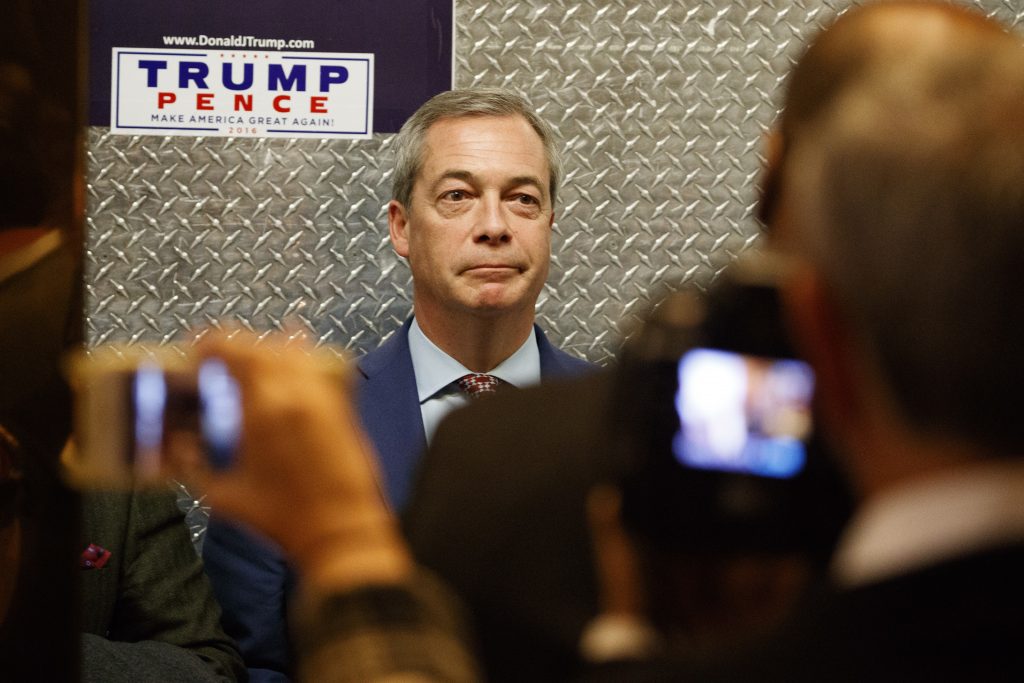 Britain will champion free trade while protecting communities from the negative effects of globalization, Prime Minister Theresa May plans to say Monday in a speech acknowledging that the election of Donald Trump and the U.K. vote to leave the European Union mark an era of profound world change.

May was making her first major foreign policy speech Monday night at the annual Lord Mayor’s Banquet in London, as the British government tries to build bridges with a U.S. president-elect whose victory has surprised many European politicians.

May and Trump spoke by phone on Thursday, the day after Trump’s victory was announced. But the call has been overshadowed in Britain by Trump’s meeting Saturday with U.K. Independence Party leader Nigel Farage, a key player in the U.K.’s decision to leave the European Union.

UKIP issued a gleeful press release accompanied by a picture of the two men, beaming side-by-side in front of a golden elevator at Trump Tower in New York.

May firmly rejected suggestions that she should use Farage — a political foe of her Conservative Party — as a go-between with Trump’s team.

Bower said that Trump told May “he looked forward to enjoying the same close relationship that (Ronald) Reagan and (Margaret) Thatcher did.”

“I don’t remember there being a third person in that relationship,” Bower noted.

In Monday’s speech, May says Britain must not be “standing inflexibly, refusing to change and still fighting the battles of the past, but adapting to the moment, evolving our thinking and seizing the opportunities ahead.”

According to advance extracts released by her office, May says “free markets and free trade” are the best way to lift people out of poverty. But — in a nod to the anti-establishment feeling that fueled Trump’s victory and the Brexit vote — she adds that governments must help manage “the forces of globalization so that they work for all” and don’t leave some communities behind.

“To be the true global champion of free trade in this new modern world, we also need to do something to help those families and communities who can actually lose out from it,” May says.

It’s unclear whether May’s commitment to free trade will be shared by president-elect Trump, who campaigned on promises to bolster U.S. industry and restore U.S. jobs lost to globalization.